World T20: Virat Kohli declared as Player of the Tournament 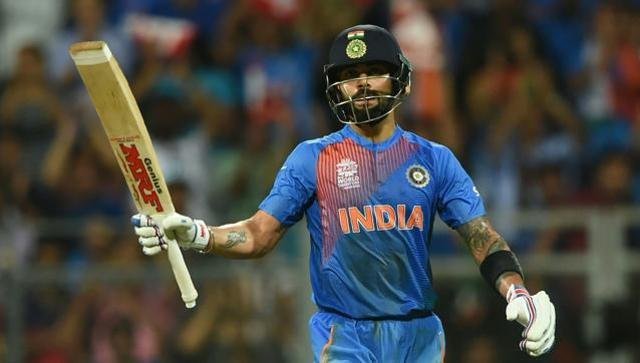 Indian star batsman Virat Kohli was declared the Player of the Tournament in the World T20 thanks to his brilliant batting performance in the tournament.

Kohli scored 273 runs in 5 matches with an average of 136.50 and a high score of 89 not out which he scored in the semi-final match against West Indies.

But more than the quantity of runs, what stood out was the circumstances in which he played the big knocks.

The under-pressure batting performances have not only made the spectators wonderstruck, but also earned plaudits from the experts.

He scored two half centuries in the tournament and also claimed a rare wicket when he dismissed Johnson Charles in the semifinal.

West Indies claimed the World T20 title on Sunday after defeating England by 4 wickets in a high octane thriller at the Eden Gardens stadium in Kolkata.