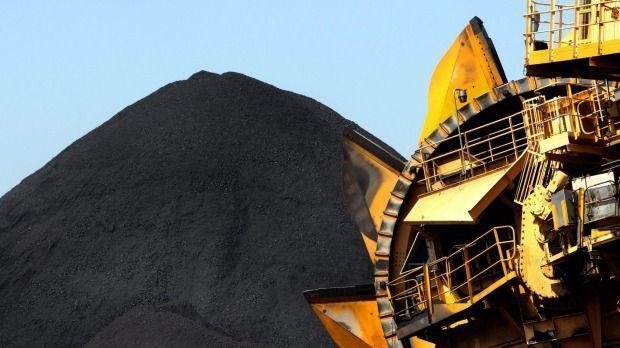 The Queensland government has granted three mining leases to the now largest coalmine in Australia in what might be at the expense of the Great Barrier Reef.

This comes amid reports by marine experts who say parts of the reef are facing the worst coral bleaching event in history.

Premier Annastacia Palaszczuk and Mines Minister Anthony Lynham made the announcement in Mackay on Sunday.

The premier put the value of the project at $21.7 billion, and said the approvals meant thousands of new jobs were now a step closer to reality.

‘Some approvals are still required before construction can start, and ultimately committing to the project will be a decision for Adani,’ Ms Palaszczuk said.

‘However, I know the people of north and central Queensland will welcome this latest progress for the potential jobs and economic development it brings closer for their communities.’

She said stringent conditions would ensure the health of the reef and the environment, and the interests of traditional owners.

The three leases, over the mine site 160km northwest of Clermont, cover an area estimated to contain 11 billion tonnes of thermal coal.

Earlier on Sunday, the Australian Conservation Foundation (ACF) questioned whether Adani had pressured the mines minister to abandon his stated concerns about granting mining licences before court challenges had concluded.

ACF is challenging federal approvals for the mine in the Federal Court, with a hearing set down for early May. Traditional owners have also launched a separate case.

In announcing the approvals, Mr Lynham said the approvals and the conditions attached were evidence of his government’s commitment to the sustainable development of the Galilee basin, and the jobs and opportunities the mine would create.

The announcement came as the federal government’s own marine science agency warned water quality targets designed to protect the reef are unlikely to be met.

Australian Institute of Marine Science researchers said water quality targets – set out in the Reef 2050 Plan, and aimed at warding off a UNESCO decision to list the reef as in danger – would likely not be met under existing policies dealing with land-based pollution.

Adani said the approvals meant it could proceed to the next stage of development but acknowledged ongoing uncertainty from unresolved legal challenges ‘by politically-motivated activists’.

It said a final investment decision would not be made until the court challenges were resolved, and it had secured the final approvals it needs.

‘Having previously sought to progress to the construction phase in 2015, Adani is keenly aware of the risks of proceeding on major works in advance of the conclusion of these matters,’ the company said in a statement.

It also took a swipe at processes it said had held up a very significant project for Australia.

‘The granting of the mining lease, coupled with strict and rigorous science-based environmental approvals, underlines the importance of major projects in Queensland, and in Australia more broadly, not being subject to endless red tape, after approving authorities have exhaustively examined them over some six years.’