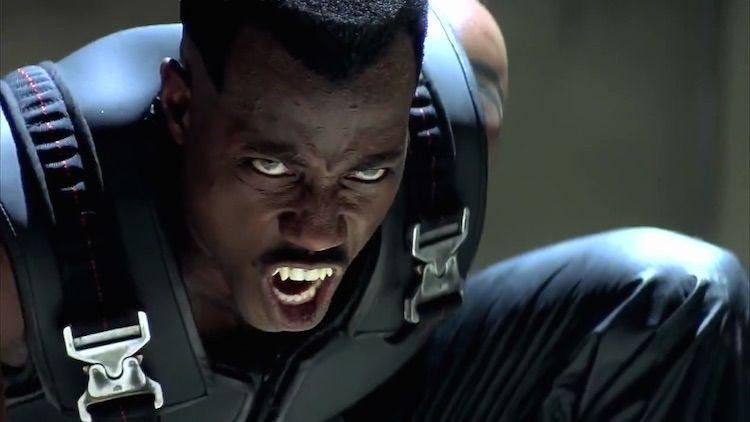 Wesley Snipes is legend among a certain section of the movie-watching public. As the human-vampire hybrid Blade from the cult 1998 film and its two sequels, the actor defined the superhero genre before a ‘genre’ really existed.

So when Mumbai Mirror reports that Mr Snipes, now 53, hopes to star in an action-thriller with a Khan, an entire generation of pre-Avengers fans are likely to prick up their collective ears.

This might not sound good to the other two gentlemen who complete Bollywood’s ruling troika but for Wesley Snipes, “there’s only one Khan, Shah Rukh Khan.” They met at a 2008 party in Dubai and later on Broadway. “One day I will act and work with him,” Mr Snipes told Mumbai Mirror.

For that, he might have to visit India (although SRK is shooting most of his new film Dilwale abroad). Mr Snipes has never been here, except in his dreams – in which he has also starred in a Bollywood film already.

He might also cast Priyanka Chopra, who he’s seen on the hoardings for Quantico, in a film he’s producing.

That’s a lot of Bollywood ambition.

Wesley Snipes is making a comeback to showbusiness after several years of being implicated in income tax fraud. In 2013, Mr Snipes completed a three-year prison term and is now filming new TV drama The Player in which he plays a pit boss. He’s also apparently hoping to reprise the character of Blade as part of The Avengers.