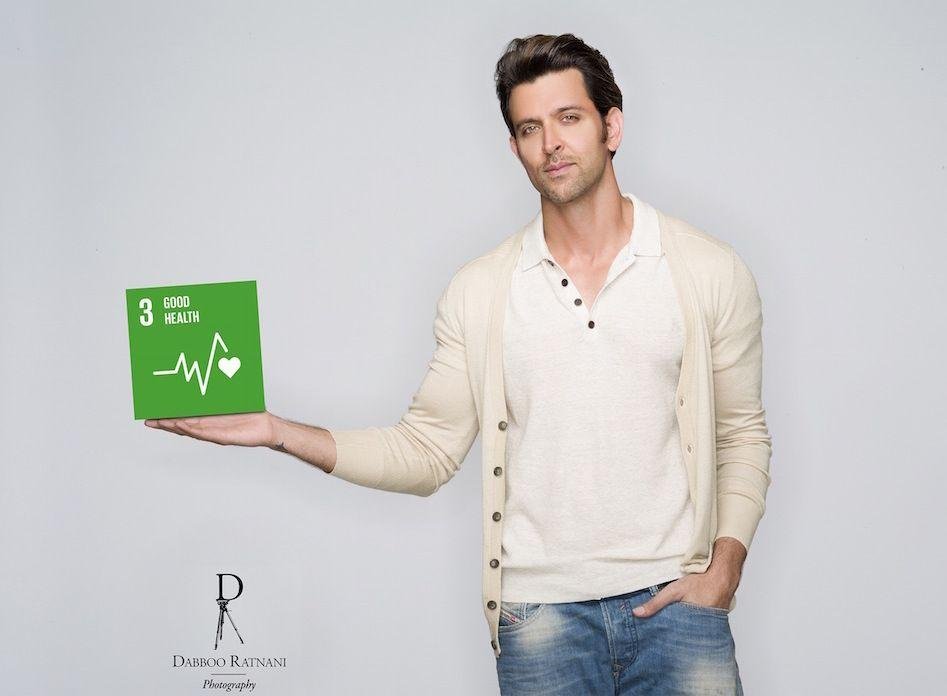 From India, A R Rahman, Aamir Khan, Akshay Kumar and Hrithik Roshan have already contributed and crowdsourced footage for We the People.

Written and directed by filmmaker Richard Curtis (Notting Hill, Four Weddings and Funeral, Love Actually) and Mat Whitecross (Spike Island, Sex&Drugs&RocknRoll, Road to Guantanamo) and created by The Rumpus Room, people around the world have the chance to co-star alongside some of the world’s most famous people to help ‘Tell Everyone’ about the Global Goals by adding their voice to the film. From today, people can upload their footage of reading their lines from the script written by Richard Curtis, outlining the ambition and themes of the goals at http://wethepeople.globalgoals.org

They can choose the goal they feel most passionate about – whether that’s having access to good healthcare like Hrithik Roshan, women’s rights like Jennifer Lawrence and Akshay Kumar or life under water like Meryl Streep. Film yourself reading the lines. And upload your footage.

Entries will be edited together into a final crowd-sourced video using footage submitted by people all over the world. The video will feature as many different faces and voices as possible, and will be screened at the Global Citizen Festival in New York on 26th September and included in a 1-hour special TV programme to be broadcast globally in over 20 countries.

We the People is launching with a tutorial video written by players from Get Lit, an education programme that engages urban youth in classic and spoken word poetry in Los Angeles, in a unique collaboration with Richard Curtis.

People can record their lines and submit their videos here http://wethepeople.globalgoals.org