These bad lifestyle habits are causing your slow death 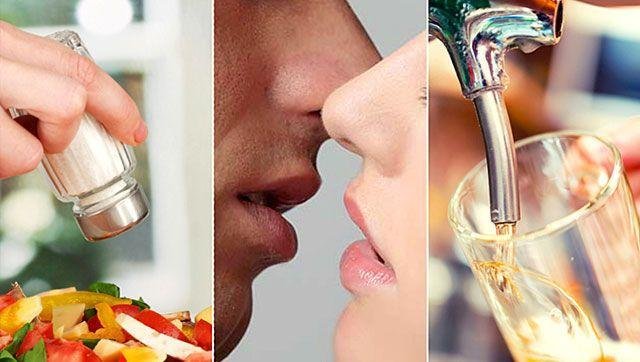 In a new study, scientists have found that more and more people are dying now of easily avoidable lifestyle habits like high blood pressure and smoking and it is a cause for concern. The figure has climbed 23% in 25 years.

According to results published in British journal The Lancet, scientists concluded that a range of 79 health dangers contributed to 30.8 million deaths in 2013, 5.7 million more than in 1990 even when population growth and ageing were taken into account.

“To put it in plain English, we are behaving badly,” study co-author Ali Mokdad of the University of Washington told AFP.

“I mean we know very well that smoking kills and that blood pressure is another killer,” he said by phone. “Nobody risks not changing the oil in their car, but nobody pays the same attention to their own body.”

Since 1990, the most dangerous factors have changed significantly, shifting from causes rooted in privation to those stemming from excess.

High blood pressure — which is easily diagnosed and readily treated — was the top risk in 2013, contributing to 10.4 million deaths in the 188 countries studied.

After blood pressure, the top four risk factors worldwide driving the 22.7 percent jump in deaths were smoking, a person’s height and weight, high blood sugar levels, and a diet high in sodium, according to the study.

The results were based on a wide range of data including World Health Organisation and World Bank reports, with further figures provided by roughly 1,000 partner scientists based in over 100 countries.

Since 1990, the most dangerous factors have changed significantly, shifting from causes rooted in privation to those stemming from these kinds of excess.

The single deadliest group of factors were all tied to how people eat. Diets high in red meat and sugary drinks and low in fruits and vegetables accounted for 21 percent of deaths in 2013.

At the same time, child undernutrition and unsafe water, for example, were no long among the top 10 deadliest risks.

However, a lack of sufficient food still contributed to the deaths of 1.3 million children in 2013, making it the leading cause of mortality for kids under five.

The impact was especially pronounced in countries like Chad, South Sudan, Democratic Republic of Congo and Somalia.

“While we have seen a tremendous growth in risk factors that contribute to… heart disease, pulmonary diseases and diabetes, childhood undernutrition remains a huge challenge for some countries,” said the study’s lead author Mohammad Hossein.

The Bill and Melinda Gates Foundation-funded study found that gender and where people live accounted for significant differences in what led them to get sick or die.

Smoking was the number two danger for men, leading to 4.4 million deaths in 2013. For women the number was about a two thirds lower.

Also, alcohol was among the top 10 risks for men, but it did not make the leading causes of death for women, who were most at risk due to diet-related problems like eating foods high in salt.

India is struggling with unsafe water and child malnutrition. Alcohol is the number two risk in Russia and smoking is the top danger in many wealthy countries like Britain, the study said.

In the Middle East and Latin America high body mass index, which is the ratio between a person’s weight and height, was a leading cause of health problems.

A toxic mix of risks is at work in sub-Saharan Africa where poor childhood nutrition, contaminated water, unsafe sex and alcohol were all leading causes of death.

“These practices are preventable and we could do something about them as individuals and communities,” said Mokdad. “These deaths should be prevented.”