What is Shah Rukh and Aamir Khan’s gameplay this year? 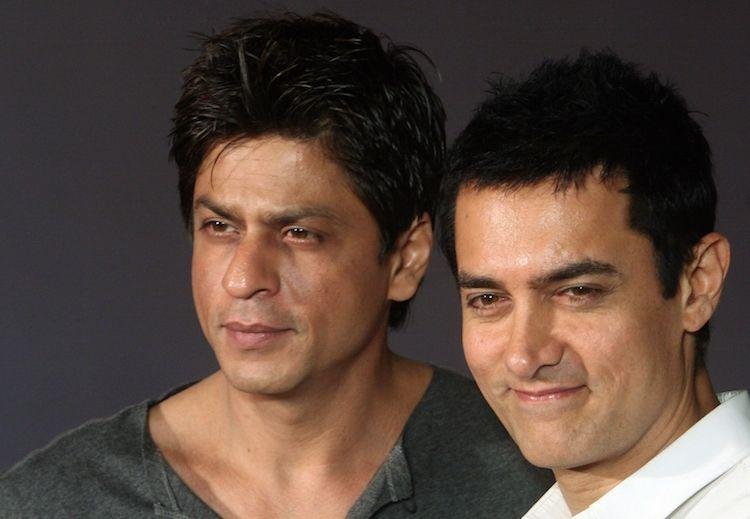 Aamir Khan and Shah Rukh Khan may not be the best of friends in real life. But they keep running into each other in unexpected places.

Like Bhuj. Does Aamir remember the troubles he went through during the making of Lagaan? Now problems draped in saffron colours visited Shah Rukh when he reached Bhuj to shoot for Raees. Luckily the situation was brought under control. But the trouble was only to be expected. Shah Rukh’s comments on in tolerance continue to haunt him long after he blew out the last candle on his birthday cake on November 2.

Trade experts in the film industry say the box office collections of his last release Dilwale definitely took a beating because of the backlash.

I say, rubbish. Dilwale collections suffered because it was a lousy film. It deserved the fate that it suffered. But it was still better than SRK’s previous release Happy New Year. And that strangely did very well at the box office.

So here’s what’s changed since Happy New Year. The audiences’ level of tolerance. Nothing politically correct about that. A year or two years back they were willing to accept any old recycled -rehashed junk with the Khan superstars in the lead. The rules have changed. The audiences won’t tolerate intolerable films any more.

All three Khans have pulled up their socks in 2016. Shah Rukh plays completely out of image in Maneesh Sharma’s Fan and Rahul Dholakia’s Raees. Ditto Salman in Sultan and Aamir in Dangal.

But Aamir Khan is definitely feeling the heat. He is even willing to hug Sunny Leone to let the world know how liberal he is. Given the volatility of the situation, Aamir Khan’s camp is biting their nails wondering if the ‘Boycott Dangal‘ would be a movement that would gather momentum or lose steam by the time the film releases in December.

They can relax, exhale breathe easy….Exhale, Aamir. If Dangal is going to be the kind of premium product that you are known for in the last ten years then nothing can stop it from being a blockbuster.

The audience tolerated the ouch-inducing religious swipes in PK, didn’t they?

If you still have doubts then there is always the next Makar Sankrati. Go, fly a kite in Gujarat. That’s the best thing Salman Khan did to himself.