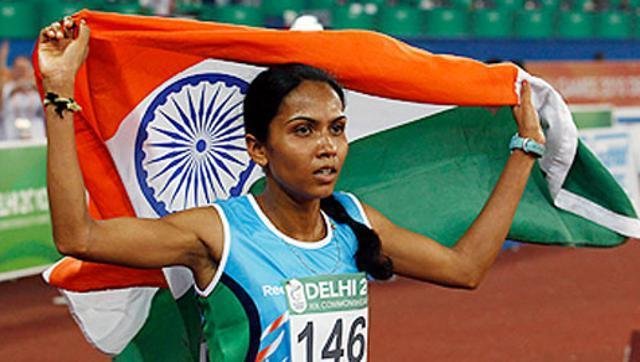 Indian long-distance runner Kavita Raut booked her spot for the Rio Olympics in women’s marathon after winning the event in the 12th South Asian Games, a perfect end to the country’s memorable athletics campaign in the event on Friday.

Nashik girl Raut is the lone athlete to have qualified for the Olympics from the 12th SAG.

Another Rio Olympics-bound Nitender Singh Rawat took the men’s marathon gold in 2:15:18 seconds in a close finish in a star-studded field. He won the race by being merely a second ahead of Indrajith Cooray of Sri Lanka who has also qualified for Rio Games.

The men’s race had a dramatic ending and there was apparently some confusion over the finishing line inside the Indira Gandhi Athletics Stadium.

“Both Rawat and Cooray were not sure of the finishing line and they thought they would finish after running a lap inside the stadium. That was why there was a difference of just one second in the timings of gold and silver winner,” a technical committee member told PTI.

Cooray took the silver in 2:15:19 seconds while another Indian Kheta Ram, the third competitor to have booked a Rio Games berth, got the bronze in 2 hours 21 minutes and 14 seconds.

With today’s two gold and one bronze, India ended the athletics competition with 28 gold, 22 silver and 9 bronze, medals thereby establishing their unrivalled superiority in the South Asian region.