Visiting hours at Taj Mahal to be restricted, batches likely 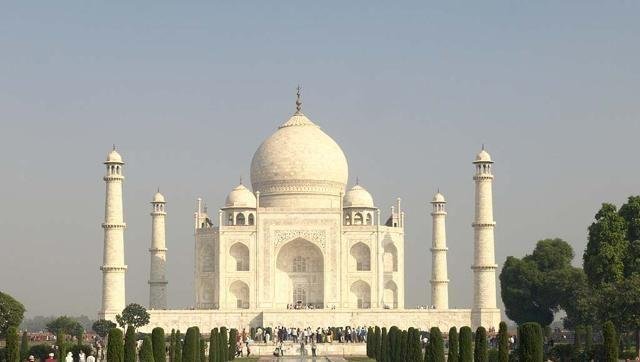 You may not be allowed to admire the Taj Mahal for more than a couple of hours, if an Archaeological Survey of India (ASI) proposal to reduce the crushing footfall at the 17th-century Mughal marvel is accepted.

The ASI, which maintains the world heritage site in Agra, proposes to restrict the visiting hours, allow visitors in batches, and install automated gates to ensure timings are strictly followed.

“We intend to issue specific colour tickets for every quarter. Once a visitor leaves the premises, the ticket becomes invalid. We don’t want the monument to get crowded,” advocate ADN Rao, representing the ASI, said in the Supreme Court on Monday.

The ASI is keen on having four shifts in which visitors will leave the Taj complex at the end of each shift. But the hours will depend on sunrise and sunset, Rao said.

The restrictions were planned after it was noticed that many people sit on the manicured garden or love benches inside the sprawling Taj complex to, according to Rao, “kill time and not view the Mughal-era memorial”.

The ASI said nearly 400,000 visitors crowd the monument every weekend. “We need to bring down the number,” Rao said.

He had some good news for Taj lovers too. The ASI is contemplating increasing the time limit for viewing the white-marble monument on full moon nights. At present, 400 people in groups of 50 are allowed to stay inside the complex for half an hour. This will be increased to 45 minutes.