You could share your location, photos and videos via Google’s chat app Allo 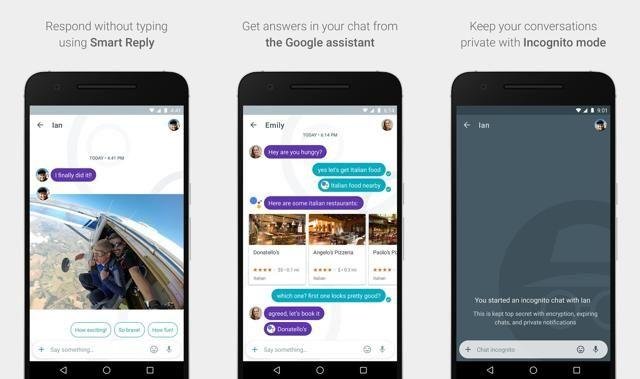 Google’s Duo made its way into India last week and Google had declared that Allo would follow soon.

According to the screenshots, Allo other than instant messaging will allow users to share location, photos, or videos taken from inside application, and also the files taken in a phone’s gallery. However, other types of files like music or documents doesn’t seem to be possible at present, the online publication reported.

Also, Allo will allow sharing of gif images and permit users to write on images just like Snapchat and also allow them to share. However, no text captions will be possible and the annotation feature will not be applicable to videos.

The app will also allow size compression for images and videos, just like WhatsApp, to make uploads faster. The report noted that the compression appears to be much more aggressive than what Google previously used with Hangouts.

The option of playing the video inside application will not be available and you will have to use whichever media player you prefer to watch the videos received within the application. Users will also not be able to trim videos before sending them. There is an option to disable the automatic download of received photos and videos, but no option to limit auto downloads to Wi-Fi only.

The publication also reported that the app will come with three preloaded sticker packs, with the option to download more. For now, 24 additional sticker packs are available from various designers, and the publication notes that for now there seems to be no option to add a sticker pack via a URL or a zip file.

But Allo is different from Hangouts in a unique way. Unlike Hangouts, Allo will reportedly provide the user the ability to delete sent or received messages. However, it is to be noted that features may change or added with the launch of the application.