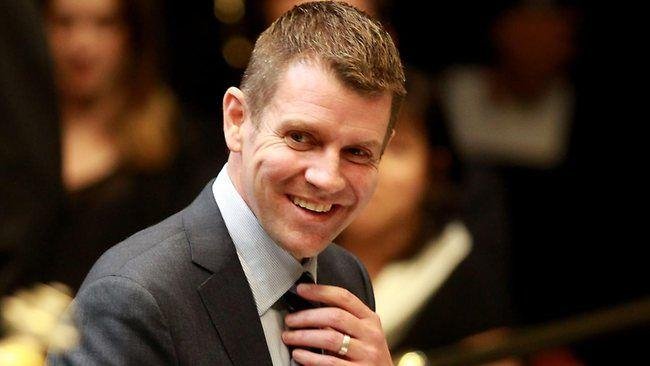 NSW Premier Mike Baird has broken his back.

Liberal leader took to Facebook this morning to announce he had taken a tumble late last night, resulting in a fractured vertebrae.

The injury was apparently obtained during a midnight hydration mission, with Mr Baird slipping on his way to fetch a glass of water at his Sydney home.

“Note to self: when fetching a glass of water late at night, don’t walk down the stairs in your socks with the lights out,” he wrote on Facebook.

Mr Baird shared an X-ray image of his fractured vertebrae, assuring followers the injury required a “slowish recovery but no need for surgery”.

The Premier, who has been recently ridiculed over his tough crackdowns on greyhound racing and lockout laws, was on the front foot inviting jokes over his injury.

“The punchlines for this pretty much write themselves … knock yourselves out,” he said.

The incident has inspired jokes about Mr Baird’s “latest slip-up”, sarcastic calls for stairs and socks to be banned, and proof that the Premier is not “spineless” after all.

A spokesman for Mr Baird told news.com.au he was “sore, but mobile”.

He’s expected to hobble into Parliament this morning, and to address media later today regarding greyhound legislation.