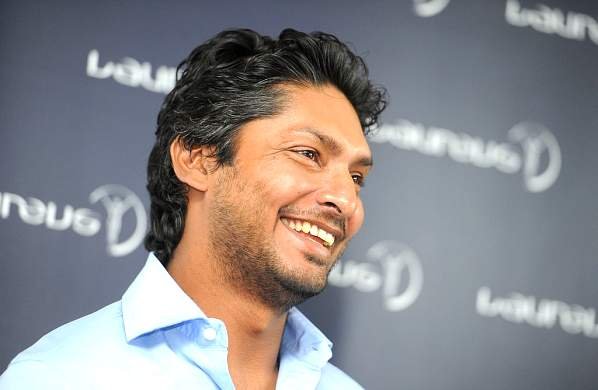 Kohli termed Sangakkara as a “lovely human being” and stated how glad he was that the master batsman was playing his last international series against India. “I can imagine the kind of emotions he (Sangakkara) might feel because this is something that he has probably done for the last 20 years day in and day out of everyday life. And, not to do that anymore would be a big shock for anyone,” Kohli told bcci.tv.

“He has been a wonderful player for Sri Lanka. I have had quite a few chats with him on the field and away from the field as well. I am actually glad that he is going to be playing his last few games against us because it is a special occasion for us to be a part of. Such a legend of the game retiring, as a young side it will be an honour for us to give him that respect in his last few Tests,” he added. “Hopefully he doesn’t score too many runs against us but I really wish him all the luck with his life after cricket. It has been wonderful to know such a great player and a great man,” Kohli said.

Shastri compared Sangakkara to Tendulkar, in terms of staying at the top of their game throughout their illustrious careers. “He broke into being one of the top two or three players and he never got out of that. There are very few players who fall in that list. You can bring Sachin Tendulkar in that league as the kind of player that once broke into the top two or three never moved out of there. He has got runs world over and scored double hundreds like it is a pass time. He is equal with Sir Donald Bradman. (Sangakkara is just one short).

“We love Sanga for the way he has entertained and he has been a fantastic ambassador for the game of cricket. That is a legacy that he will leave behind and I think every Sri Lankan should be proud of what he has achieved not just personally but the way he has conducted himself in going round the world as an international cricketer. You can call him as one of the statesmen of the modern game,” Shastri added.

Elaborating further on what made Sangakkara so special, Shastri said, “His ability to adapt and concentrate and his ability to bat for long periods of time. He had a wide range of shots, understood his game well and obviously worked as hard as any you would get. Also, his simple ability to assess the conditions very quickly, be it England, Australia, South Africa, West Indies or Colombo made him very special.”

Shastri was also of the view that two stalwarts of Sri Lanka cricket Sangakkara and Mahela Jayawardene deserved a lot more accolades than they got. “I don’t think both Sanga and Mahela have got the accolades they should have got. If both of them were playing for India, they would have been on top of a tree or put up on top of a tree. Having said that, no one took an eye off them, especially Sangakkara, because he was back in the top three. He would either open or bat at No.3 which is one of the toughest positions to bat. He would just pile on the runs. He had the ability to switch gears.”

“When the conditions were bowler-friendly, he would dig deep with his technique. The moment the conditions got batsmen friendly, he would turn it on. Hence he had those abilities to get those double hundreds. The moment he was batting with the tail, he might have been batting on 120 by then with three wickets in hand. Suddenly you had him batting on 200 because he knew who to target. He was a master of managing his own game and a truly great player,” Shastri summed up.