WHEN Manjit Singh came to Australia on a 457 visa in 2006, he thought his promised $800 a week salary would allow him to support his family in India and build a life.

Instead, he found himself sleeping in the restaurant’s storeroom, malnourished and working 16-hour days with little pay, an inquest has heard.

After almost a decade presiding over inquests, Deputy State Coroner Hugh Dillon said the 33-year-old’s 2011 death from the complications of tuberculosis was one of the saddest stories he has ever heard.

“This case is a 21st century retelling of (George Orwell’s) story of How the Poor Die,” he said.

The inquest heard Manjit arrived in Australia on a 457 visa, his application was sponsored by Anmol Holdings — trading as North Indian Flavour in Darlinghurst — and was signed by its manager Gurjit Singh.

The company stated it had an urgent need for qualified cooking staff to conduct training and that Manjit would be paid $43,000 per year.

According to his statement to officers, he was required to work from 8am until midnight, seven days a week.

He slept in the restaurant’s storeroom at night, was locked inside the restaurant and had limited food to eat, no mobile or internet access and had no shower or bath.

“(He was) required to bathe using a jug and the tap in the public toilet,” Mr Dillon said.

Over the two years he worked there, Manjit said he was paid three lots of $300. 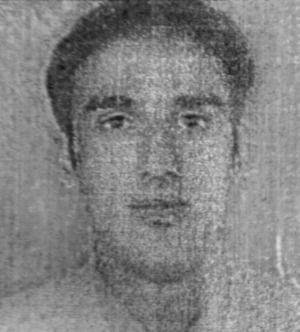 Although Manjit stopped working for Gurjit Singh in 2008, by May 2009 he was malnourished, and working part time in restaurants in Crows Nest and North Ryde, while applying for bridging and protection visas.

Nurses who cared for him in 2009 tried to get help from charities, but as he was not an Australian citizen this was largely unsuccessful.

He was described in the outpatient notes as having no money and not being able to feed himself or pay for housing, Mr Dillon said.

By August 2011 his once-latent tuberculosis had flared up and part of his right lung was described as “unsalvageable” and removed. He died as a result of surgery on August 26.

“His hopes of providing for his family in India or perhaps establishing a new life in Australia had turned to dust,” Mr Dillon said.

“The loneliness of his death in one of the richest countries in the world is desolating.”

Mr Dillon recommended the NSW Minister for Health and the Minister for Immigration have their departments work together to find the best policy for ensuring the health and welfare of temporary visa holders who are subject to TB health undertakings.

Previous articleMicrosoft’s working on an app that reads out the news to you
Next articleVirat Kohli, Shastri laud ‘lovely’ Sangakkara
Twinkle Ghoshhttp://theindiantelegraph.com.au%20