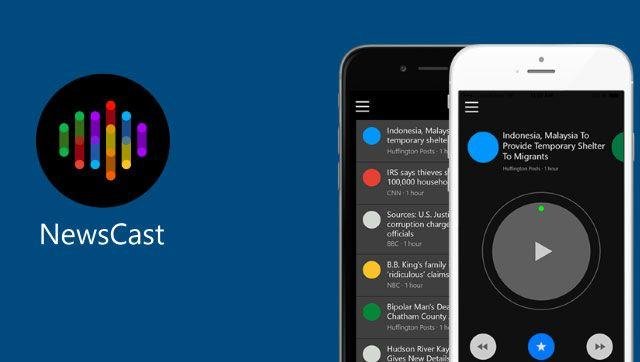 Microsoft is testing an app called NewsCast that will sort out the best news stories from the web and read out article summaries to users using text-to-speech technology. You can also save the articles are reading later as well as view the full text of each.

Microsoft says that the app has been designed to keep users up-to-date with the latest news stories while they are commuting and do not have time to look at their smartphones.

According to a publicly-accessible webpage for the app, NewsCast is a proof-of-concept product from the Bing News and Speech teams and seems to only be built for testing inside Microsoft, so details about general availability aren’t there at the moment. The focus right now is the collect feedback from users.

NewsCast will, however, be available for iOS users at first.