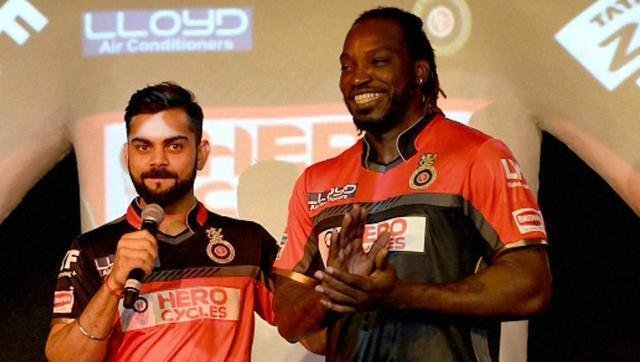 Royal Challengers Bangalore skipper Virat Kohli has said that he is not too worried about Windies opener Chris Gayle’s current run of poor form and believes he will deliver soon in the ongoing ninth edition of the Indian Premier League.

Gayle, who is among the most destructive batsman in the world, struck just a run in his two IPL matches while scored a total of mere 14 runs from 19 balls in his past five T20 outings.

The Carribean batsman kicked off the recently-concluded World T20 tournament with a century against England, but was unable to capitalize on it in the latter stages of the West Indies’ stunning victory.

“I’m sure he’ll come good at some stage in the tournament. Maybe in the most important stage if not the first few games, when we need him the most and he’ll go out and get a hundred for us. I’m not too worried about his form. The other guys are stepping up nicely and that’s what this game is all about,” Kohli was quoted as saying by cricket.com.au.

RCB, which posted huge targets of 227 and 191 in their two matches of this year’s IPL, were unable to defend their total against the Delhi Daredevils and ended up with a seven-wicket defeat at the M. Chinnaswamy Stadium in Bengaluru on Sunday’s evening.

Describing Gayle as a `standout` performer, the Indian batsman said the former takes a lot of pride in playing for RCB and performing for the side.

Kohli admitted people have high expectations from Gayle in the T20 format and that the Windies’ swashbuckling player wanted to live up to them.

Gayle holds the record of 17 centuries in 246 T20 matches he played. He also notched up 55 fifties to his name besides hitting an incredible 637 sixes in his career.

The Royal Challengers will face defending champions Mumbai Indians at the Wankhede Stadium on Wednesday.