This June, PM Modi may address joint session of the US Congress 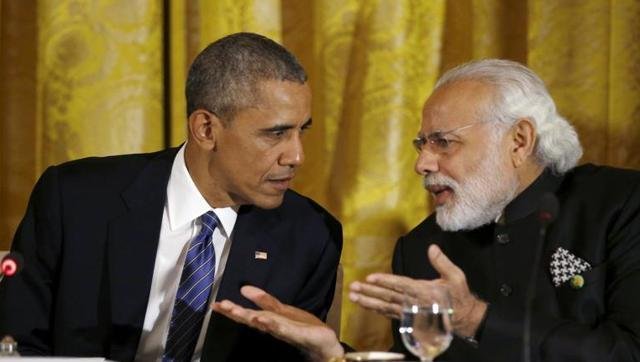 Indian Prime Minister Narendra Modi may finally get to address a joint session of the US congress when he visit the United States in June this year.

The visit, yet to be announced by either side, is likely from June 7 to 8. No other details were available of the visit, dates or confirmed engagements.

Committee chairman Ed Royce is likely to endorse sign on. And so are other members, including the only Indian-American congressman Ami Bera, who co-chairs the India caucus.

Congressional sources said the initiative enjoys bipartisan support, as before. It was Royce, a Republican, who started the initiative in 2014, with a letter to then speaker John Boehner.

But it didn’t come through despite Boehner supporting the effort. In a letter to Modi, he conveyed his inability to host him, citing “unpredictability of the House schedule”.

Boehner had offered Modi any other time of his choosing, but it didn’t happen.

And Boehner himself left office in 2015 in an inner-party tussle.

If this new effort is not derailed, Modi will become the sixth Indian prime minister to address a joint session of US congress after Jawaharlal Nehru, Rajiv Gandhi, PV Narasimha Rao, Atal Bihari Vajpayee and Manmohan Singh.

Most visiting US presidents have also been accorded the honour of addressing a joint sitting of Parliament — President Barack Obama did that on his first visit in 2010.

The June visit will be Modi’s fourth to the US since assuming office — the first one was in October 2014 and then in 2015 and earlier this month for the nuclear summit.