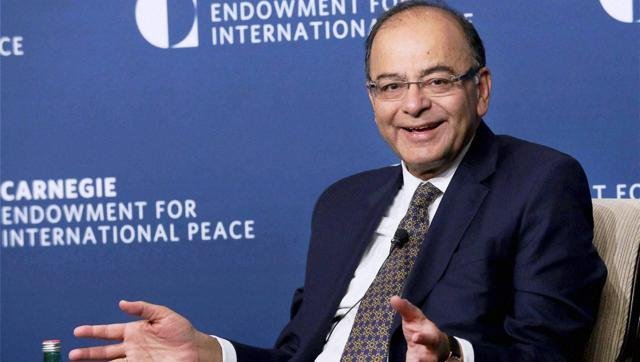 At 7.5% growth rate, any other country in the world would be celebrating, but it is a tribute to India’s growth story that at this rate “we are still impatient because we know that our potential is to do distinctively better,” finance minister Arun Jaitley said in New York.

“Notwithstanding that we have consistently even in the slowdown environment grown by about 7% — 7.2% last year, 7.6% this fiscal which ended a few days ago — and hopefully this year we could improve on that data,” he said in his address on ‘Make in India — the New Deal’ hosted by CII and the Asia Society Policy Institute.

“Compared to the rest of the world we are growing much faster, in fact the fastest. Compared to our own potential, we can do better,” he felt. “I see a couple of variables (like good monsoon and reforms) — if they work to our advantage, we can do much better.”

“As a share of our GDP, the manufacturing sector over the years has shrunk to around 15%. Our services sector is fairly robust — grows annually at around 9-10% and is expanding rapidly. It is not a sector that seriously worries us,” he said.

“Over the next few decades, we need to have a very large section of population — underemployed in agriculture — getting out of agriculture and getting absorbed in other segments. Obviously, manufacturing is where large jobs are,” he said. “I don’t think this is an opportunity we can afford to miss,” adding that is why Make in India lays stress on manufacturing.

He said the world at the moment still faces serious challenges and India cannot “immune” itself from most of the challenges.

About reforms, he said the momentum must continue and expressed hope that Goods and Services Tax (GST) will get through with numbers changing for the better in the Rajya Sabha.

He hoped the bankruptcy law would be approved over the next few weeks and said the government “is in the final stages” of passing a law that deals with commercial indebtedness.

The government has also changed arbitration laws, amended some of the “onerous provisions” of the Companies Act and will bring down corporate tax to 25% over the next couple of years.

“Two significant directions which I have followed are increased expenditure in infrastructure and in rural India,” he said. “These are the two areas which were lacking and these appear to be the focus area. That probably will be the direction of the economy in the next few years.”