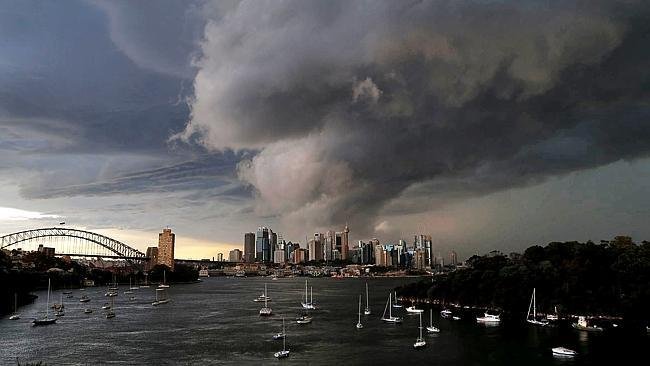 Here are some simple steps recommended by the NSW State Emergency Service to get your home ready for the storm season.

The north shore suburb of St Ives is Sydney’s most storm-affected suburb.

The NRMA Insurance ranking of Sydney’s 10 most storm-affected suburbs was revealed on Monday, as Premier Mike Baird and representatives from  the State Emergency Services and the NRMA came together to urge NSW to prepare for another busy storm season.

“Across a range of fronts, whether it be bushfires or storms, the expectation is that we’re in for a pretty difficult season, so we’re very clearly trying to advise the community to do all they can to be prepared for all types of events,” Mr Baird said.

Under looming grey clouds, the warning was well-timed, coming hours after two thunderstorm warnings had been issued for Monday afternoon.

Sydney Northern Region Controller for the NSW SES Allison Flaxman said that, despite statistics, it was important to remember major storm events could hit “any time, anywhere”.

“Obviously April was one of the biggest [storm] events NSW SES has seen. What we learnt is we really need to get the message out there to the community to help them be prepared.”

Cleaning out gutters, trimming trees and branches and tying down outdoor furniture or trampolines are some of the ways she said homeowners can be prepared for a storm.

NRMA Insurance data shows more than 75 per cent of all home claims in NSW in the last financial year were a result of storm damage, an increase of 30 per cent on the previous year.

“Storms create more claims in Australia than bushfires, floods, earthquakes. They are a huge problem and we have over 100 thunderstorms a year which create a massive amount of damage, so being ready and prepared are really important messages,” said Anthony Justice, chief customer officer for NRMA Insurance.

“A lot of claims can be avoided if people are  prepared…so make sure you’re property is prepared before the storm and make sure your insurance is up to date.”

As in bushfire situations, Mr Justice said under-insurance for homes affected by storms can be an issue.

Even the Premier will have no excuse for being unprepared for the storm season, after being  presented with his own SES cap and a pair of orange SES gloves on Monday.

“[April] was quite an unprecedented event, one that was unexpected in terms of ferocity,” he said. “Clearly the message is today, if you are prepared yourself that gives us the best chance to protect property and protect people.”