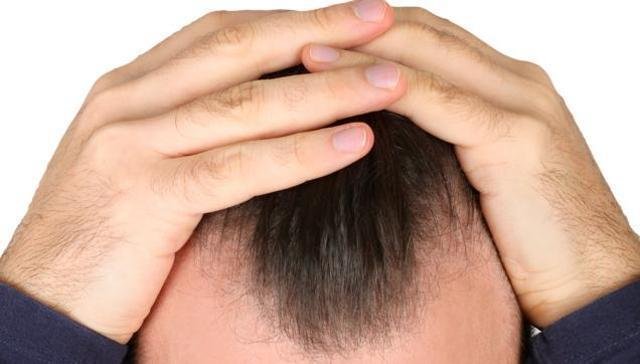 Here’s some good news for all those of you struggling with receding hairlines. Scientists have identified new drugs that could stimulate rapid and robust hair growth, offering a potential cure for baldness. The drugs inhibit a family of enzymes inside hair follicles that are suspended in a resting state, restoring hair growth, researchers said.

In experiments with mouse and human hair follicles, Angela M Christiano from Columbia University Medical Center and colleagues found that drugs that inhibit the Janus kinase (JAK) family of enzymes promote rapid and robust hair growth when directly applied to the skin.

The study raises the possibility that drugs known as JAK inhibitors could be used to restore hair growth in multiple forms of hair loss such as that induced by male pattern baldness, and additional types that occur when hair follicles are trapped in a resting state, researchers said.

Two JAK inhibitors have been approved by the US Food and Drug Administration (FDA). One is approved for treatment of blood diseases (ruxolitinib) and the other for rheumatoid arthritis (tofacitinib). Both are being tested in clinical trials for the treatment of plaque psoriasis and alopecia areata, an autoimmune disease that causes hair loss.

“What we’ve found is promising, though we haven’t yet shown it is effective for male pattern baldness,” said Christiano. “More work needs to be done to test formulations of JAK inhibitors specially made for the scalp to determine whether they can induce hair growth in humans,” she said.

Christiano and her colleagues serendipitously discovered the effect of JAK inhibitors on hair follicles when they were studying a type of hair loss known as alopecia areata, caused by an autoimmune attack on the hair follicles. They reported last year that JAK inhibitors shut off the signal that provokes the autoimmune attack, and that oral forms of the drug restore hair growth in some people with the disorder.

In the course of experiments, Christiano noticed that mice grew more hair when the drug was applied topically to the skin than when given internally. This suggested JAK inhibitors might have a direct effect on the hair follicles in addition to inhibiting the immune attack. When the researchers looked more closely at normal mouse hair follicles, they found that JAK inhibitors rapidly awakened resting follicles out of dormancy. Hair follicles do not produce hair constantly but rather by cycling between resting and growing phases.