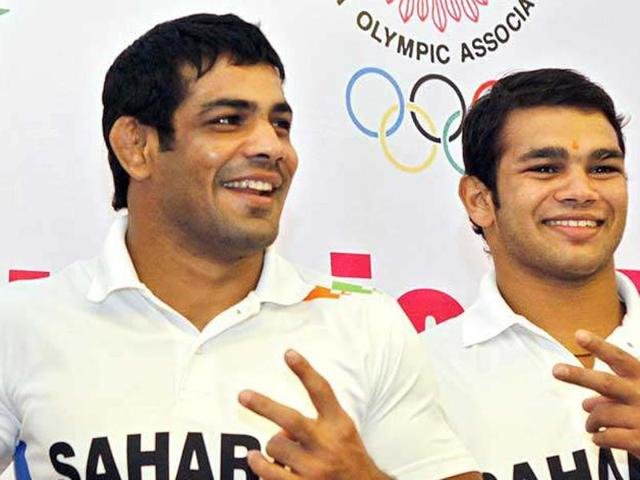 Wrestler Sushil Kumar asked the Delhi high court on Monday to hold a trial between him and Narsingh Yadav to decide India’s representative in the 74kg freestyle category for the Rio Olympics.

Sushil, India’s only double Olympic medallist, has filed a writ petition in the Delhi High Court on Monday and the matter is listed for tomorrow. The petition was filed on his behalf by lawyer Kaushik Moitra.

Sushil has been demanding for the trials to be held in the 74 kg weight category in which Narsingh Pancham Yadav has won the quota for the country after he won the bronze medal at the 2015 World Championships that was held in Las Vegas, USA. HT had carried a report on May 13, titled ‘Wrestler Sushil Kumar may move court for Rio Olympics berth’.

The federation will take a call on Tuesday, when WFI’s selection committee will meet to decide on Sushil’s request.

When the committee meets, its first task would be to seek a report from the chief coach. Sushil’s fate is likely to be sealed as it is being claimed that he hasn’t trained under Jagmender.

Sushil had written two letters in this regard. A separate one has been mailed to the Prime Minister’s Office that seeks an appointment with Narendra Modi to seek his blessings for the Olympic journey. Sushil had also written to sports minister, Sarbananda Sonowal, WFI and SAI director general, Injeti Srinivas, requesting for trials to be held.

Sports minister Sarbananda Sonowal earlier ruled out an intervention in the Kumar-Yadav selection battle, saying the matter is for the Wrestling Federation of India to decide.

The WFI had sought the ministry’s intervention to resolve the row over whether to give the Olympic ticket to Yadav, who clinched the quota berth, or hold trials to present double Olympic-medallist Kumar a chance in the 74kg category.

“Government has nothing to do with it. The Federation, which is an autonomous body, is the final authority. We stood by the national sports code and respect the autonomy of all sports Federations,” Sonowal said.

Kumar approached the Prime Minister over the issue on Friday. He has also launched an online campaign, appealing for a trial with videos and

Yadav, who won the Olympic quota at the World Championships late last year, has asserted that he is the more deserving candidate due to his greater experience in the 74kg freestyle division. The Mumbai-based grappler has also threatened to approach the court on the issue.