It is impossible for me to have a private life in India: Yuvraj Singh 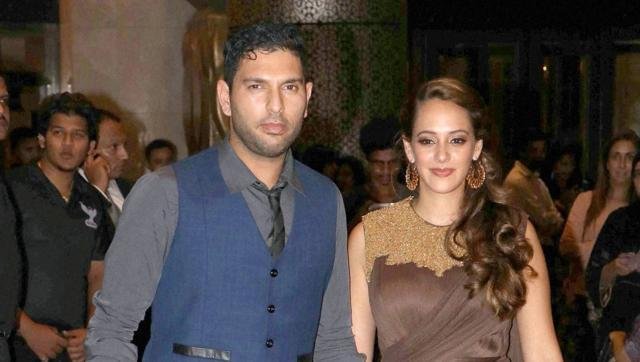 Cricketer Yuvraj Singh’s life off the pitch has been as interesting as the sixes he sends off the field. The 35-year-old’s alleged romantic link ups with actors like Kim Sharma and Deepika Padukone have grabbed many a headline. So, it wasn’t a surprise for Yuvi when the news of his engagement to model-actor Hazel Keech came out even before the two decided to announce it formally.

“It (the news about the engagement getting leaked) was supposed to happen. I wasn’t really surprised about it. I am used to it now,” he said adding that its “impossible” for him to have a private life and has gotten used to the fact.

“You cannot enjoy some private time here. I know that if I need to have some private time, it’s better to leave the country (laughs). You go out, spend some quality time and come back,” he says.

However, the left-handed batsman does admit that too much of media attention affects him sometimes. “It’s just that sometimes it gets too much. I mean it’s important to understand that everyone can’t be available 24X7 and people should respect the individual’s private time,” he laments.

While he enjoys social media and is quite active on multiple platforms, Yuvi feels that social media too doesn’t help in keeping one’s life private. “It has its own advantages in the sense that you can interact with everyone directly. But then it has reached a point now, where everybody knows what you are doing, and it’s impossible to keep things private,” he says.