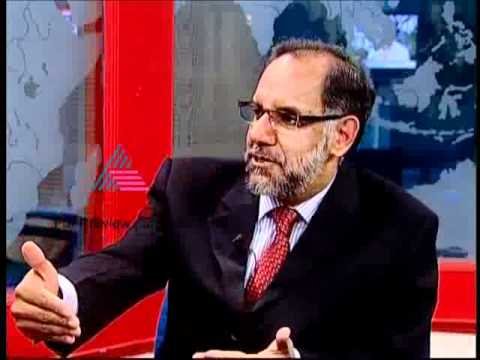 Mr Navdeep Suri arrived here just a few months ago, to take up his position as the Indian High Commissioner to Australia. However, within this short span of time, Mr Suri has made a positive impact on both, the Government of Australia and the diaspora.

The Indian Telegraph discussed Australia-India relations and the community with Mr Suri, in an exclusive conversation.

Vish Viswanathan : Indian PM Narendra Modi has introduced the ‘Act East Policy’ and Australia now believes India is a key country in shaping its future; is this mateship significant of the beginning of ‘golden times’? What are the short term deliverables and achievable targets?

HC Navdeep Suri: We will be certainly working in that direction. Our job as diplomats is to give a shape to the vision our Prime Minister has articulated and take it forward in very, very specific tangible and concrete areas. At the top level, they spoke about importance in cooperation in skills. We are working with agencies responsible for skill development in vocational education. Mr Pratap Singh Rudi, Minister for Skill development recently visited Australia. We want to start with three or four sectors where we can use Australian expertise in developing both curriculum and certification to have the skill development in place. Several States are looking into India for for profit joint venture in skill development. This is an example and same thing is happening in joint research, to which $60 million has been allocated. Things are moving forward in nano-technology, bio-technology. I am absolutely sure we are moving in the right direction. In the short term, defence cooperation is a reality with bilateral maritime exercises in the Bay of Bengal. There are tangible outcomes.

VV: Although Australia India business should be a two way street in its true sense, trade figures show an imbalance in favour of Australia. How do you feel that this be managed?

HC: I think it is not the deficit which is the issue, but we must focus on to how to increase our exports, how to diversify our basket of goods and services to Australia, market more aggressively, overcome regulatory barriers or any quality related issues etc.

VV: Adani Carmichael, the largest Indian investment project in Australia is going through a rough phase; what considerations do potential investors from India need be aware of? 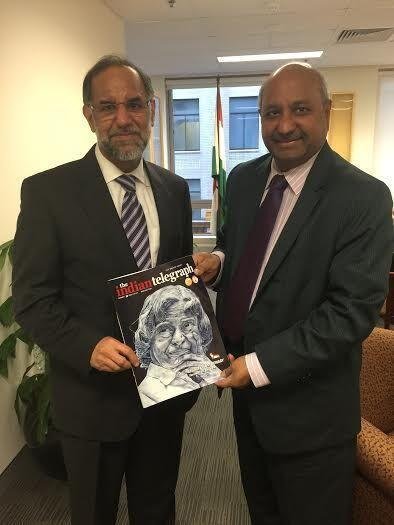 HC: Obviously, the recent development in the Carmichael project is a disappointment. Both Australian Prime Minister Tony Abbott and the Trade Minister Andrew Robb have given their views. We have also shared our disappointment. The Australian government is concerned as we are and they are working to resolve the issues. When the Carmichael Project becomes successful, it will be a magnet to attract more investments. We hope any issues that are domestic to Australia are resolved, and there is a stable policy environment so that more Indian companies can be attracted to Australia.

VV: While there is growing political alignment with India, the perception exists that Australia is not explicit or strongly condemning cross border terrorism. Any comments?

HC: Australia shares our perspectives in matter of international terrorism. There is a growing cooperation with Australia and sharing information on some sensitive issues. Any problems on our borders, India will be able to deal with these.

VV: What are your first impressions of the community here?

HC: I am amazed at the diversity of our community. The contribution by community organisations is great and I hear from Australian leaders that in a number of areas of public service, the Indian community contributes significantly. I have great respect for the accomplishments of the Indian community in Australia, and the value they add to the Australia India relationship.

VV: Do you feel that first generation Indian Australians share an affinity with the homeland of their parents, and how can they engage and participate in activities beneficial to both countries?

HC: The second generation will be connected to India in a different way, with India growing stronger. Our cultural roots are so strong and our ethos will not be affected. The support extended by the different State Governments in Australia to ensure communities are connected is highly commendable.

VV: How can the Indian diaspora here contribute to the visionary initiatives by India such as ‘Make in India’, ‘Digital India’, ‘Skill India’ etc.?

HC: The Prime Minister of India has already articulated the ‘Make in India’ and ‘Skill India’ program. A lot of action is going to be in the private sector. Any Indian entrepreneurs in Australia manufacturing products can study this profitability by taking advantage of the lower costs, if they are made in India. The Indian diaspora are in a position to make informed decisions depending on

their interest and ‘best fit’ when considering ‘Make in India’ or ‘Skill India’ programs.

VV: Our readers would like to know more about you, as a person beyond your official role. Literature seems to be your passion. Any new works or books in the offing?

HC: I think I have a bit of literature in my DNA. My grandfather was an eminent writer and wrote 55 books in the Punjabi language. I played a minor role in translating two of those in English. However, I have a very busy job as the High Commissioner and little time for literature now!