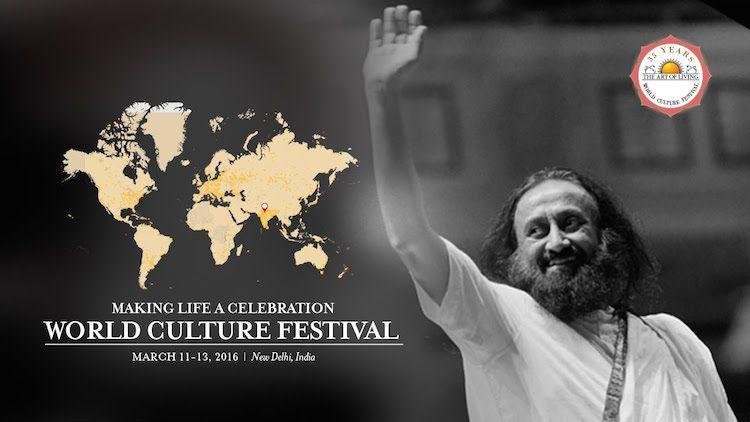 New Delhi:  World-famous Indian guru Sri Sri Ravi Shankar says that his festival to promote world peace, which is meant to start on Friday, should be given an award, instead of being taken to court over environmental concerns.

President Pranab Mukherjee, who had earlier agreed to attend the opening, along with Prime Minister Narendra Modi, has now conveyed that he will not be present, said sources in Rashtrapati Bhawan.

“We could have gone anywhere beautiful in the country,” said the spiritual leader, explaining that he chose the banks of the River Yamuna in Delhi to raise awareness about the need to clean up the river. Adding that his volunteers have made huge efforts in the past to remove garbage from the Yamuna, he told NDTV, “This is the joke of the era – that Art Of Living (his foundation) is polluting the river.”

Organisers say they expect 3.5 million people to attend the three-day World Culture Festival. Critics say that the event will cause lasting environmental damage.

“Three and a half million people are going to trample the area so basically 210,000 tonnes of weight will be put on a fragile ecosystem,” said activist Anand Arya, who has asked India’s top environmental court, the National Green Tribunal, to cancel the event. A verdict is expected tomorrow.

Sri Sri, 59, who has meditated in a session with Prime Minister Narendra Modi and is seen as close to him, said that “If I had known there was so much concern at the very beginning, maybe we would have changed the venue.”

The Art of Living foundation says the event will feature yoga and meditation sessions, peace prayers by Sanskrit scholars and traditional cultural performances from around the world.

A committee appointed by the environmental court recently recommended fining the foundation $17.5 million dollars but did not say the event should be cancelled. “Fined? We should be given the red carpet, given an award,” he said.