I’m the one who did invent email: Shiva Ayyadurai 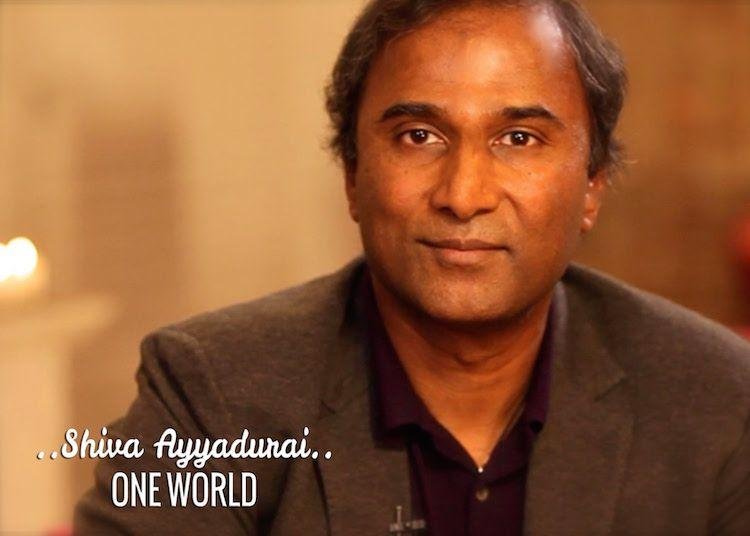 WASHINGTON: The obituaries all cited Raymond Tomlinson, who died over the weekend, as the “inventor” of email, but out in the cold in Cambridge, Massachusetts, Shiva Ayyadurai bristled.

A few eulogies were a little more nuanced, noting specifically that the New York-born Tomlinson is widely recognized for selecting the @ symbol to connect a username with the destination address email, making it a central part of the communications process. Even G-mail was guarded, tweeting, “Thank you, Ray Tomlinson, for inventing email and putting the @ sign on the map. #RIP.”

But that was of little comfort to the Mumbai-born Ayyadurai, who emigrated to the US with his family when he was only seven, and has been fighting an epic battle to be recognized as the primary inventor of email as we know it when he was only 14. “I’m the low-caste, dark-skinned, Indian, who DID invent #email not Raytheon, who profits from war, death and lies,” he raged in one tweet a few hours Tomlinson’s death, referring to the deceased man’s employer, best-known as an armaments company.

A few supportive tweets recognized his claims. “The truth will prevail. Have no doubt about that! Your insightful invention has changed the world. Credit will go where it is due,” one supporter tweeted. Another came from his own spouse, the actress – comedian Fran Drescher, who wrote, “EVERY1 honest knos Shiva Ayyadurai @va_shiva invented, has copyright &is a victim of racism.” Ayyadurai himself noted: “Today is MahaShivaratri. The night of truth, & justice over ignorance, fitting that Raytheon’s lies about #email, and Tomlinson died today.”

So what is the truth? The FACTS are that Shiva Ayyadurai does have the first US copyright for Email, or “Computer Program for Electronic Mail System,” in 1982. Numerous awards and honors recognize his work, from a “Westinghouse Science Talent Search Honors Award for creating EMAIL” in 1981 to the Smithsonian National Museum of American History accepted his code, papers and artifacts demonstrating HIS WORK on EMAIL. And while he may not have written the first email program or code, he is recognized in some quarters as the first to devise the form closest to today’s email – on commission from the Brookhaven National Laboratory.

A sham he is not, as attested by number others honors that are undisputed. But missing from the scroll is the official recognition, from the government and the tech community at large, which says he only capitalized on the infrastructure provided by the military and other pioneers, including Tomlinson, to make some contributions in the advancement of electronic mail as we know it today.

In interviews, Ayyadurai has argued that as a 14-year old in New Jersey in 1978, he not only had no access to the early technologies that were strictly in the military domain, he didn’t need their parts, their protocol, or the Internet. His work centered on using local area networks and Ethernet cords.

What Tomlinson did, Ayyadurai clarifies, is send text messages between computers. “It is also an obvious and inescapable fact that sending a text message is not email – since email, as we all know, is a system that includes features such as Inbox, Outbox, Drafts, Folders, Attachments, Carbon Copies. Groups, Forwarding, Reply, Delete, Archive, Sort, Bulk Distribution, and more,” he writes on his website.

He, Ayyaduari, on the other hand, invented a software system that duplicates the features of the Interoffice Mail System. “I named my software “EMAIL,” (a term never used before in the English language), and I even received the first US. Copyright for that software, officially recognizing me as The Inventor of Email, at a time when Copyright was the only way to recognize software inventions, since the US Supreme was not recognizing software patents,” he writes.

He has influential supporters, including the philosopher-activist Noam Chomsky, who has known Ayyadurai since he was a sophomore at MIT, and who noted in a testimonial that “the steps taken to belittle the achievement” of a 14-year old immigrant … “suggest an effort to dismiss the fact that innovation can take place by anyone, in any place, at any time.”

“Given the term email was not used prior to 1978, and there was no intention to emulate ‘…a full-scale, inter-organizational mail system,’ (which is what Ayyadurai did) as late as December 1977, there is no controversy here, except the one created by industry insiders, who have a vested interest to protect a false branding that BBN (a military contractor like Raytheon) is the “inventor of email”, which the facts obliterate,” Chomsky noted in his support for Ayyadurai.

However, others, including some media outlets, who credited Ayyadurai for the invention of the email, have been forced to retract or clarify their stories – by the powerful US military-industrial complex, according to Ayyadurai. The US defense establishment, he argues, wants the public to believe that their tax dollars are well spent to invent things like Velcro and GPS (both of which it did). But often, innovations came come from humble, hum-drum low cost environments which do not suck up billions of dollars – which is the point he is trying to prove.