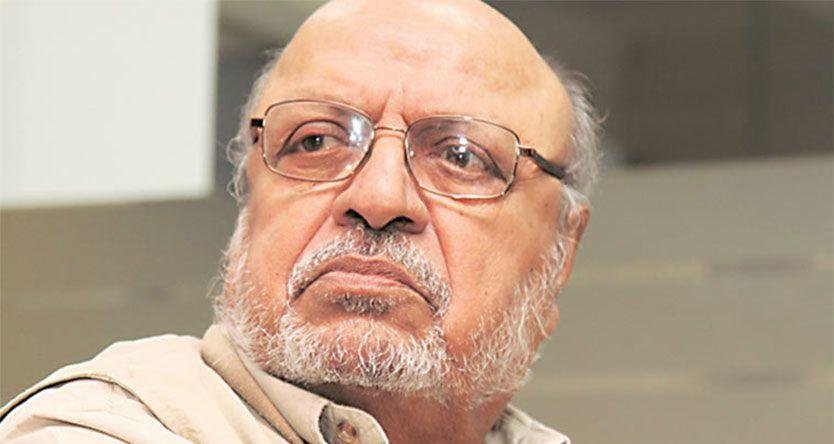 Veteran director Shyam Benegal, who has been put in charge of drafting new guidelines for CBFC, hits out at the government’s failure to act against those threatening and intimidating Padmavati’s director and actors.

On the day the makers of Padmavati said they were deferring the film’s release, veteran director Shyam Benegal, who has been put in charge of drafting new guidelines for the Central Board of Film Certification (CBFC), hit out at the government’s failure to act against those threatening and intimidating the film’s director and actors.

“This is a democracy. People may not agree with what I have to say but I have the right to say it,” Benegal told The Indian Express. “Will people ask for heads publicly and offer money for the lives of those who disagree with them, and the state will do nothing to prevent it? The Home department and the police should move in immediately and offer protection. That would be the thing to do. When chief ministers and members of government adopt such an approach, what else will the administration do?” Benegal said.

“Else, isn’t it the job of government to prevent (threats of) murders and attacks when being made publicly on national TV? People are being threatened publicly.”

The Shri Rajput Karni Sena, which has been leading the protests against Sanjay Leela Bhansali’s film since January this year, has threatened to burn down any theatre that screens the film, and the head of its Rajasthan unit has suggested that the film’s leading lady Deepika Padukone’s nose should be cut off (invoking the fate of Surpanakha, Ravan’s sister in the Ramayana, whose nose was chopped off by Lakshman).

Rajasthan Chief Minister Vasundhara Raje has written to Union Information and Broadcasting Minister Smriti Irani, asking that the film not be released without “necessary changes”. Union Minister Thawar Chand Gehlot has been quoted as asking the Central Board of Film Certification (CBFC) to cut the “objectionable” scenes in the film.

The Benegal committee has completed its report on the proposed restructuring of CBFC rules, but no details have been released yet. Two sets of recommendations have been sent to the Centre — one in April, the other in September, this year. Sources said the recommendations discuss the need for a new set of categories, which may make it easier and smoother to screen and clear films for public viewing.

Benegal also criticised the dropping of the films Nude and S Durga from the International Film Festival of India, which begins in Goa on Monday. “There are certain rules and conventions about film festivals internationally. The decisions of the jury must be respected. Governments cannot tamper with those decisions. Else, they must scrap the jury and make their own selections. What stops the government from just going ahead with their own set of films? Why claim to have a jury at all?” Benegal said.

Jury head Sujoy Ghosh resigned after the two films, which had been cleared by the 13-member panel that he headed, were pulled by the government.

“Films that are entered in festivals are meant to be pre-censored and as pristine as possible, as art forms which are pure creative expressions. That is the basic premise of international film festivals, which seems to have been violated here in this instance,” Benegal said.