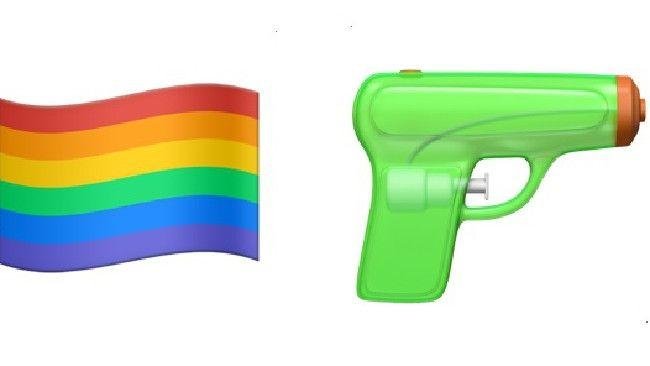 APPLE has revealed 100 new emoji that are coming soon to your iPhone and iPad and there is something now for everyone.

The new emoji reflect the ongoing debate about the poor representation of women in many of the situations, particularly sport. You will soon be able to share emojis of women in a range of professions and sports.

The iconic running man will now also be an iconic running woman, police officers will now be women and men and the haircut emoji has been extended to show that men can get a haircut too.

There is a more in this emoji update than just the extra gender and skin colour options.

Apple has removed the pistol emoji and replaced it with a less threatening water pistol and added the rainbow flag, reflecting the stand Apple has taken in supporting marriage equality in the United States and, last week, in Australia.

Unicode, the international organisation that overseas the standardisation of emoji figures, recently debated the addition of a rifle emoji but Apple reportedly opposed it citing the problem of gun violence in the United States.

The new emoji set have more realistic faces and also include new family groupings, such as single dads and single mums.

The new emoji will be part of iOS10, the updated mobile operating system that will be released in Spring.