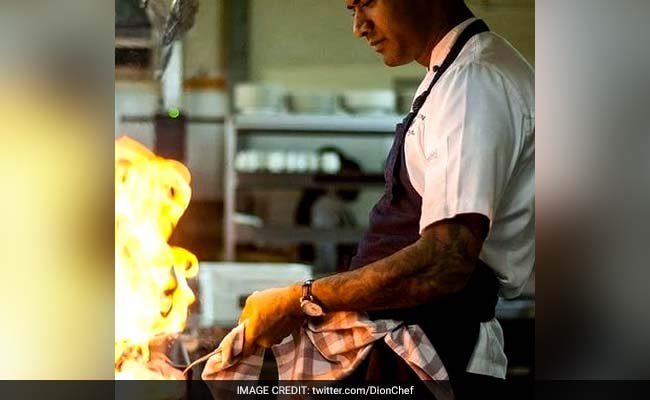 An Indian-origin chef will be part of South Africa’s Olympic squad and will charm the country’s athletes with his sumptuous dishes during their stay in the Brazilian city of Rio de Janeiro.

The South African Olympic squad of all races will be tasting cuisine of Dion Vengatass who is part of South African National Culinary Team, considered an honour for a chef.

“Being part of a national culinary team is one of the greatest achievements for a chef in any country, so representing South Africa and wearing the national colours means a lot to me because I’ve always been a hardcore patriot.

This is what I have worked for my entire career!” said an excited Mr Vengatass.

Mr Vengatass took up hotel-keeping and catering in high school after mastering the art of balancing flavours and respecting the ingredients from his grandmothers and aunts.

One of his teachers, Mr Majam, began to hone his unrefined talent to the extent that he ended up furthering his studies at the Swiss Hotel School.

Mr Vengatass’ love for cooking, however, saw him undertake a self-study programme to become a chef.

His role in the Culinary Team sees him in charge of the cold starter in the Hot Kitchen and the tapas items on the five course festive menu for the Cold Table.

Athletes are sure to love Mr Vengatass’ speciality of a starter dish popularised by Cape Malay cuisine – poached crayfish, pressed carrot terrine, carrot mayonnaise and Malay curry sauce – which he says remind him of his childhood and Indian culinary heritage.

The 28th edition of the modern Olympic Games will be held in Rio de Janereio from August 5 to 21. A total of 306 medals are on stake and more than 10, 500 players will be participating in the grand event.

A total of 137 athletes will be part of Team South Africa to participate in this year’s Olympics, according to South African Confederation and Olympic Committee (SASCOC).