NSW council elections: Who needs to vote, and where can you do it? 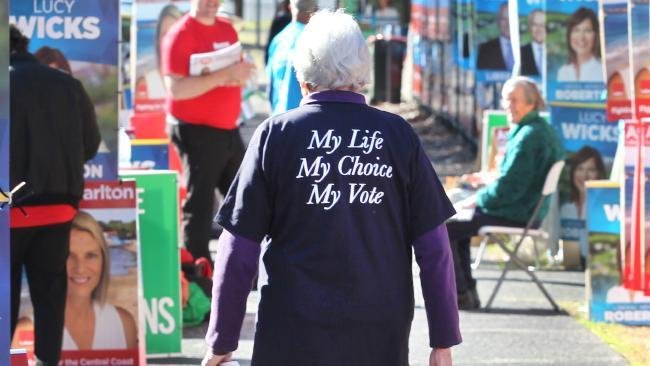 JUST when you thought it was safe to let go of the tedious, protracted polling affair that was the federal election, the voting process is set to be repeated — well, for some of us at least.

NSW voters are heading back to the polling booths on Saturday, September 10, for their local council elections.

However, given the controversial council mergers that took place earlier in the year, things are not as straight forward as you may think.

The councils that were involved in a merger, or might be merged, will not be holding an election until next year.

Councils which have not merged, and will not merge, will be holding elections. You can find out whether your council has been merged here.

Confused? Don’t worry, we’ve compiled a list of the councils that will be voting so you can nab a sausage sandwich, while saving yourself a $55 fine.

Unlike the federal election there is no absentee voting at local council elections. People, this means that, unless you pre-vote, you have to go to your council’s polling places, which include your local hospitals, schools and town halls, on the Saturday.

This link will help you find your council’s specific polling venues.

Note, if you want to forgo your sausage sizzle and pre-vote, you can look up pre-poll venues for your council here.

And if you are not sure which council you are enrolled under? Check your enrolled address here.