Not executed, but not safe: Gurdip Singh’s life still in balance in Indonesia 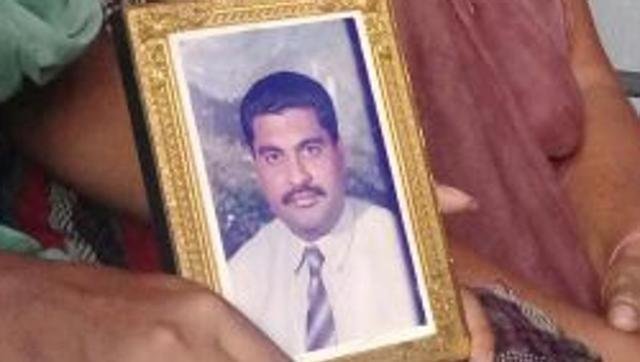 First came the news of his execution in Indonesia. As the family of Gurdip Singh went into mourning and his wife passed out in shock, a WhatsApp message arrived – he was alive. Soon after, a phone call from an Indian embassy staff confirmed the execution of the Indian citizen accused of smuggling drugs had been put on hold.

From prayers to despair and back to hope and celebrations, the two hours were an emotional roller-coaster for the Jalandhar-based family of Singh, 48, who ended up on a remote island prison in Indonesia on his way to New Zealand seeking employment as a driver in 2002.

He was among 14 who were taken out of their cells to face the firing squad late on Thursday night (India time). Four had been shot dead before a storm forced the executioners to take the death row convicts back to their cells, according to reports from Indonesia.

“At 8.45 am on Friday, Gurdip called me up from jail. He told me that he was taken for execution. Indonesian policemen had covered his face and handcuffed him but Almighty saved him,” said his wife Kulwinder Kaur, her face still showing signs of the ordeal she went through on Thursday night.

On Thursday morning, Gurdip had phoned his wife to inform that it was his “last call”.

Later that night, the Indian foreign ministry also told his family to prepare for the worst. But officials called back in the morning to inform Kulwinder that her husband had been given a reprieve.

Kulwinder, however, said the family was still awaiting clarity on Gurdip’s fate.

It was unclear if heavy rains actually led to the staying of the executions or diplomatic efforts from New Delhi saved Gurdip’s life.

But the Indonesian attorney general attorney general M Prasetyo dismissed suggestions that the executions were stayed due to international pressure including an appeal from United Nations secretary-general Ban ki-Moon.

The Jakarta Post, one of the largest selling English newspapers in Indonesia, quoted Prasetyo as saying that the stay on the execution of 10 drug convicts was a “last minute decision” after considering judicial issues and a final decision on their fate is yet to be taken.

“The fate of the other 10 we will determine later. We will see when the right time will be,” Prasetyo told reporters. “But one thing is for sure — we will never stop executing people on death row.”

Besides Gurdip, the 10 death row convicts include three Indonesians and five foreigners, all accused of drug-related charges.

Gurdip’s family says he was trapped in the drug ring by his agent, a man from Uttar Pradesh who allegedly did not give the passport to the Punjab resident and made him smuggle the 300gm of heroin with which he was caught.

Singh was handed capital punishment by a state district court in Banten province in February 2005. His appeals were turned down by the Banten high court and the Indonesian Supreme Court.

India had taken up the matter with both the Indonesian foreign ministry and the president’s office.

Indian officials met Singh in Cilacap, where he is jailed, and told him efforts are being made to save his life.