I feel I have finally discovered myself: Shahid Kapoor writes about his journey 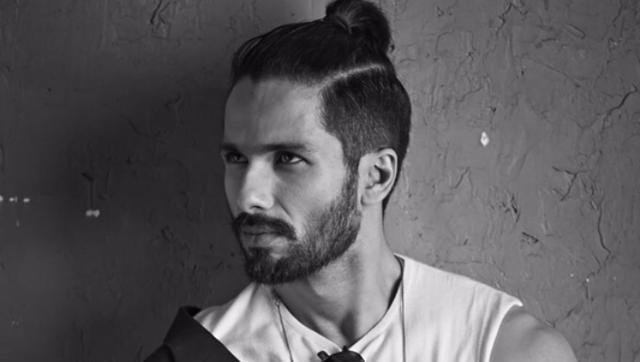 I feel I have finally discovered myself. Even Hindi cinema, I feel, has come into its own in the past 10 years or so. Today, there are new actors belonging to the current generation. Then, an older lot of actors exist, who are known for what they’ve always stood for.

Plus, there are actors who were part of the transitional process. Very few could evolve and adapt to survive. Today, the precious few have seen the ‘earlier’ industry (before the advent of the Internet and social media) and the ‘new’ industry, and seen how society and showbiz has changed in the past 10 years.

One big change is that everybody is accessible today. Being real is in as opposed to the past when there was an aura around a person who wasn’t reachable or accessible. At the time, that’s how everybody understood super stardom. It’s the opposite today.

Ten years back, there were a few things that were awesome and certain things that weren’t. The same is true even today. So, it’s important to learn to adapt and understand who you are. Separate the good and the bad, give it your best and move on. That’s the right way to survive in an industry, which is so unstable that you have to become stable to be there for a long time. I think I am going be around for 20 years (smiles).

Talking about today’s industry, I don’t know if the change has brought a new set of people or if a new set of people have brought about a change. New talent used to be an endangered species when I started acting, but now, it’s a populated entity. Opportunities are there, ability is there, talent is there and exposure is there, so there is nothing ‘new’ anymore. I don’t think anybody is new. ‘New’ means lack of experience, but today, everybody knows everything. I don’t think somebody who is one-year-old in the industry has any less information than the others.

We have a well-informed generation who are ready to prove themselves. They are ready to do anything to do so, and that’s good and bad. It’s good because it makes everybody give their best, and it’s bad because one can burn out soon. You can be the flavour of the season, and since there are many opportunities, the focus can quickly shift from one to another.

A lot of kids today are confused because they want everything, but everything doesn’t come easily. It takes a lot of time. I feel fortunate to have found more success at a later stage. But, at times, I feel it’s the best time to be an actress in the Hindi film industry. We have too many actors and few actresses (laughs). Things are better for women in general, and that’s a good thing. There are too many male actors; we need to lose a few (laughs).

Also, I don’t think Hollywood is making great films anymore. Television is making better content internationally than movies. I feel there is potential — more than ever — to do great movies. But, at the same time, there is stuff that existed 20 years back and is being presented as if it is new.

I don’t know how things will pan out for Hindi cinema as I can see a very few actors from today’s generation who are doing great work. Initially, everybody chases their dreams, and when those dreams hit the big wall called success, some fall back. Others jump over that wall and continue chasing their dreams. I think there are two different journeys, and it’s important to decide which journey you want to go on. Success will come, but it is better to not run after something you can’t control.