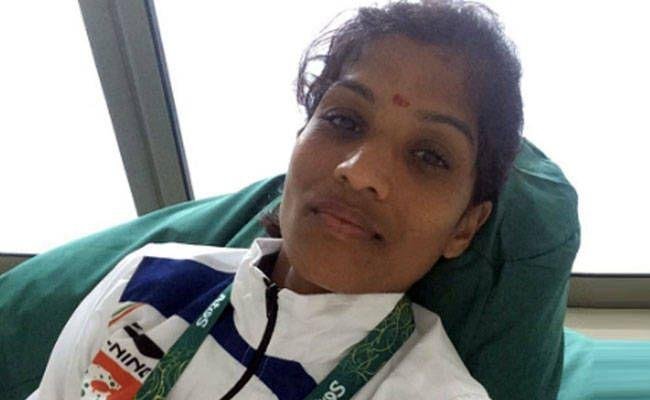 While running the marathon at the Rio Olympics, OP Jaisha says she encountered a series of unstaffed Indian desks – which meant there was nobody to give her water or refreshments in blistering heat.

“Running that distance, in that heat, you need so much water. There is a common water point after 8 km, but you need water after each kilometre. Other athletes were getting food along the way. I got nothing,” she told NDTV in Bengaluru.

Competitors’ countries are entitled to place a desk every 2.5 km to offer them liquids. Instead, it was official Olympics counters – placed about 8 km apart – that Jaisha had to rely on.

Jaisha placed 89 and collapsed after she finished the 42-km race. “I seemed to have no pulse,” she said. “This is like my second life.” She said while she was struggling, Indian officials had no idea about her condition. “After three hours, they came looking for me to the medical centre,” the 33-year-old said to news agency ANI.

However, CK Valson, a top official with the Athletics Federation of India, said it is untrue that officials were missing. He also said that Jaisha and her coach had refused the offer to have refreshments served at the counters that Indian officials could have manned. Sports Minister Vijay Goel said officials from different sports bodies are in charge of these sort of arrangements. “I’ll look into this and if there was negligence of any sort, action will be taken,” he said.

On her return to Bengaluru, doctors were shocked by her condition. “We wanted to admit her to hospital and arranged the ambulance,” said Dr SR Sarala of the Sports Authority of India. “But she insisted that she wanted to go home (to Kerala) for treatment.”

Jaisha said she is a middle distance runner whose pet event is the 1500m, but that she was coerced by her coach to run the marathon.

The negligence that Jaisha speaks of drives home brutally how tough it has been for Indian sportspersons to compete at Rio. Without exception, they trained without any systemic support at home, counting on the resources and commitment of parents and coaches.