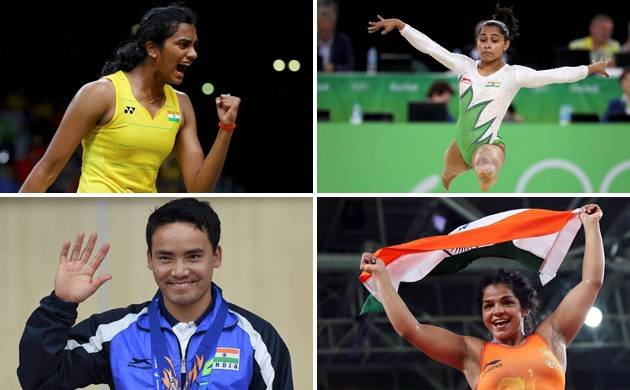 Rio Olympics 2016 medallists PV Sindhu (badminton) and Sakshi Malik (wrestling) have been awarded the Khel Ratna award for 2016. The highest sporting award of the country has also been given to Dipa Karmakar and Jitu Rai.

Dipa Karmakar’s coach Bisweshwar Nandi is among six coaches who has been awarded the Dronacharya Award for 2016.

Dipa Karmakar missed the vault bronze medal by a whisker but she had already created history when she became the first Indian to qualify for the final of a gymnastics event in the Olympics.

Jitu Rai, a Commonwealth Games champion, entered the final of one his shooting events but was largely a flop. His award comes as a bit of surprise.

Fifteen sportspersons have been awarded the Arjuna Award. Cricketer Ajinkya Rahane finds himself on a list that has two each from hockey, shooting and wrestling.

Para-athlete Sandeep Singh Mann and deaf wrestler Virender Singh were also given the Arjuna Award for this year.