No provision for referendum in India: Experts on Kejriwal’s call for Delhi vote 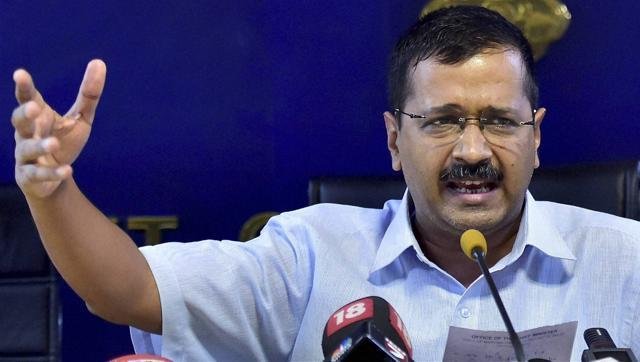 Experts have dismissed chief minister Arvind Kejriwal’s demand for a referendum on full statehood for Delhi by stating that the Constitution of India does not provide for taking such an action.

“After UK referendum, Delhi will soon have a referendum on full statehood,” Kejriwal tweeted on Friday, soon after Britain left the European Union to the accompaniment of plummeting global markets.

The chief minister’s party colleague, Ashish Khetan, echoed his thoughts with another tweet: “After the UK referendum on the EU exit , it’s time to have a referendum on full statehood of Delhi. In a democracy, the will of the people is supreme.”

The AAP government had unveiled its draft of the State of Delhi Bill-2016 last month, proposing that all administrative powers – including control over the law and land – be given to the Delhi government. However, experts dismissed it as a political gimmick.

“There is no provision in the Constitution for holding a referendum. We have a democratic system. We hold elections every five years, and it has been accepted by people as free and fair,” Subhash Kashyap, former secretary-general of the Lok Sabha, told HT.

“When everybody has exercised their universal adult franchise, where is the need for a referendum?” Kashyap asked. “One can make an issue of it politically, but there is no justification.”

The political expert said a dangerous situation would arise if all the states and union territories began seeking referendums for “every tiny bit” of territory. “Look at what’s happening in Kashmir. It’s a bizarre suggestion,” he added.

PDT Achary, former Lok Sabha secretary general, also concurred with the view that the Indian constitution does not provide for referendums. “We have elections for that… There are clear provisions in the Constitution on how to go about forming a state. In my opinion, they can mobilise the public or have a debate, but there is no legally recognised provision for a referendum,” he said. “The idea here is to put pressure on the central government to grant statehood to Delhi.”

Congress spokesperson Randeep Surjewala said the concept of referendum was “alien” to India’s constitutional scheme. “Shri Arvind Kejriwal must know it….” he added.