All you need to know about the Panama papers leaks 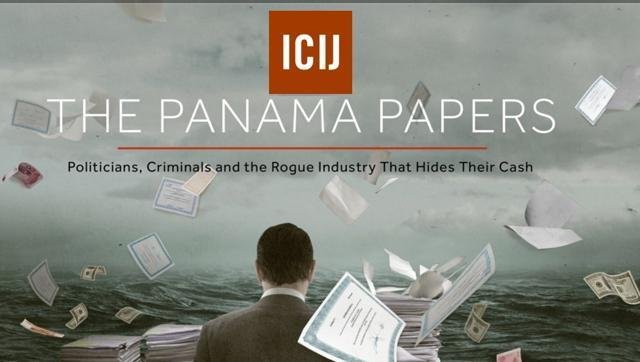 An international coalition of over 100 media groups on Sunday published what was reportedly an extensive probe into dubious offshore financial deals of prominent people across the globe who used tax havens to hide their wealth.

The documents were leaked from Mossack Fonesca – a Panamanian law firm – by an anonymous source by German daily Sueddeutsche Zeitung and shared with media worldwide by the International Consortium of Investigative Journalists (ICIJ).

Here’s everything you want to know about the expose that has threatens to shake the political and economic landscape of the world.

What is the expose all about?

The documents, from around 214,000 offshore entities covering almost 40 years show how the company helped its clients launder money, dodge sanctions and evade tax.

The confidential documents leaked from Mossack Fonesca show that in many cases some of the world’s most powerful people used offshore havens to conceal their fortunes and dodge taxes worth millions of dollars. It was done through shell companies, initially incorporated without significant assets or operations, to disguise ownership or other information about the funds involved.

What is Mossack Fonesca and how is it involved?

Mossack Fonseca is the world’s fourth biggest provider of offshore services and its services include incorporating companies in offshore jurisdictions such as the British Virgin Islands. It administers offshore firms for a yearly fee. Other services include wealth management. It has acted for more than 300,000 companies.

The firm is Panamanian but runs a worldwide operation and its according to its website it has a global network with 600 people working in 42 countries. It has franchises around the world, where separately owned affiliates sign up new customers and have exclusive rights to use its brand.

Mossack Fonseca operates in tax havens including Switzerland, Cyprus and the British Virgin Islands, and in the British crown dependencies Guernsey, Jersey and the Isle of Man.

More than half of the companies are registered in British-administered tax havens, as well as in the UK itself.

How much data has been leaked?

There are as many as 11.5 million documents and 2.6 terabytes of information drawn from Mossack Fonseca’s internal database. This, in simple terms, is huge enough to dwarf the US diplomatic cables released by WikiLeaks in 2010 as well as confidential intelligence documents provided to journalists by whistleblower Edward Snowden in 2013. Also, as prominent people have been named, it is likely to cause as huge repercussions across the world.

Shell companies offer a high degree of anonymity that allows a person’s business activities to remain untraced by the authorities as well as rivals in business and personal life. A business concern shrouded in such secrecy cannot be traced either by an estranged wife who wants to sue your pants off or creditors who may want to seize your property for defaulting on payments. The government can’t tax you for financial assets it doesn’t know about either.

Who are some of the prominent people exposed?

The documents exposed the holdings of 12 current and former world leaders, and details of hidden financial dealings of 128 more politicians and public officials worldwide. Besides Sharif and Putin, the other international leaders mentioned in the documents were former Egyptian president Hosni Mubarak, late Libyan leader Muammar Gaddafi and Syrian President Bashar al-Assad.

The most prominent among the Indians named, as per an Indian Express report, were real estate tycoon KP Singh, late gangster Iqbal Mirchi and actors Amitabh Bachchan and Aishwarya Rai Bachchan.

Why does the Panama papers revelation even matter?

The leak shows how offshore tax shelters can be exploited by the rich and the famous despite all the safeguards put in place by their respective countries. It also reveals how prominent people across the world connived with major banks to create hard-to-trace companies. Ironically, among the accused were many people who rose to prominence on the anti-corruption platform.

What was Mossack Fonseca’s defence?

The law firm termed the Panama papers revelation as a “crime” and “an attack” on the nation.

“This is an attack on Panama because certain countries don’t like it that we are so competitive in attracting companies,” AFP quoted Ramon Fonseca, one of the founders of the firm, as saying.

“Privacy is a fundamental human right that is being eroded more and more in the modern world. Each person has a right to privacy, whether they are a king or a beggar,” Fonseca said.

What will Panama do next?

The Panama government has vowed to “vigorously cooperate” with any legal probe that might be launched in the wake of the “Panama Papers” data leak.

“The Panamanian government will vigorously cooperate with any request or assistance necessary in the event of any legal action occurring,” it said in a statement, adding that the government had shown “an absolute commitment to transparency in the legal and financial sectors” and held “zero tolerance” for any activity that fell short.