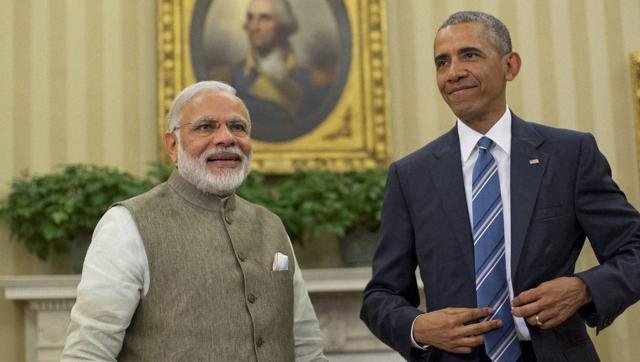 The Nuclear Power Corporation of India and US firm Westinghouse will immediately begin engineering and site design work for the AP1000 nuclear reactors and conclude contractual arrangements by June 2017.

Obama and Modi welcomed the start of the preparatory work on the reactors, a key step towards closing the first deal based on the landmark US-India civil nuclear deal struck more than a decade ago.

India and the US Export-Import Bank will work together for a competitive financing package for the project, the two leaders said in a joint statement. The project will be among the largest of its kind when it is completed and it will fulfill the promise of the civil nuclear agreement.

Addressing the media with Modi after their talks at the White House that lasted more than an hour, Obama backed India’s entry into the NSG. “I indicated support to India being a part of NSG,” he said.

India needs technology that is critical for its progress and prosperity, Obama added.

Modi said, “I am thankful for the help and support that my friend President Obama has extended with regard to membership in MTCR (Missile Technology Control Regime) and NSG.”

Obama’s remarks came hours after Reuters reported that members of the MTCR had agreed to admit India. Diplomats with knowledge of the matter said a deadline for members of the 34-nation group to object to India’s admission expired on Monday without any member raising objections.

Admission to the MTCR will pave the way for India to buy high-end missile and UAV technology. It will also be able to market weapons systems such as the BrahMos supersonic cruise missile, developed with Russia, to third countries.

During their meeting, Obama and Modi discussed a range of issues, included terrorism, clean energy, climate change, regional security and cyber-security. Obama said it was natural for the two biggest democracies to “deepen and broaden” their partnership. Modi said the two leaders discussed ways to take bilateral economic ties to new heights.

Obama also said he had discussed with Modi how to bring the landmark Paris climate change agreement into force as quickly as possible. Modi expressed support for the enactment of the climate accord this year.

“I believe what Prime Minister Modi has said about this is that India shares the objective that the US has laid out, which is to see the agreement come into force this year,” White House spokesman Josh Earnest told a news briefing.

India’s backing will provide “significant global momentum” towards implementing the historic agreement, the White House said. “The US reaffirms its commitment to join the agreement as soon as possible this year. India similarly has begun its processes to work toward this shared objective,” it added.

“Both countries are committed to working together and with others to promote full implementation of the Paris Agreement to address the urgent threats posed by climate change,” the White House said.

Referring to the agreement on building six nuclear reactors, Brian Deese, senior advisor to the US President, told reporters that these plants will bring clean energy to India and generate thousands of jobs in the US.

The White House said the steps the two governments had taken in the past two years through the US-India Contact Group, including by addressing the nuclear liability issue through India’s ratification of the Convention on Supplementary Compensation for Nuclear Damage, have laid a strong foundation for a long-term partnership between US and Indian companies for building nuclear power plants in India.

While addressing the media, Obama said “India and the US have strong bonds while Modi said India had made a name for itself as the world’s fastest growing economy and it will work with the US for the world’s peace and security.

“India is a young country, over 800 million of Indians are below the age of 35. Our youth power in partnership with the US will serve mankind,” Modi said. “We are working shoulder to shoulder; we are proud. We will continue working together.”

“I have fond memories of India when I took part in the Republic Day,” Obama said. “India is a young country and we are aware of the talent it has. We will continue to work together in the future too.”