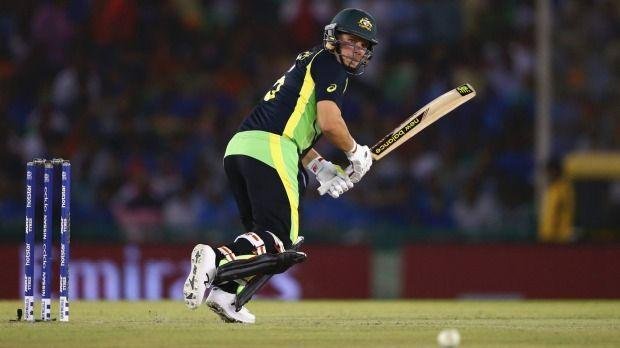 GEORGETOWN, Guyana: Australia have suffered a 47-run one-day loss to South Africa, capitulating after they were set a target of 190.

Josh Hazlewood was at his miserly best with the ball in a topsy-turvy match where runs were hard to come by, recording figures of 2-20 to limit the Proteas to 9-189.

Australia’s top order then folded in woeful fashion, with the exception of Aaron Finch’s fighting 72.

Finch and tailenders Hazlewood and Nathan Lyon were the only Australian batsmen to reach double figures.

Finch clubbed three sixes and could have played a match-winning innings if a few more of his partners hung around.

The Proteas had opportunities to run Finch out on zero and seven, while Hashim Amla fumbled a catch when he was on 42.

Finch also went within a whisker of being dismissed lbw on 31 and 33, with debutant spinner Tabraiz Shamsi the bowler on both occasions.

Ball-tracking replays suggested it was clipping leg stump but deemed impact to be “umpire’s call.”

De Villiers was then unable to refer umpire Joel Wilson’s next not-out decision, which would have been overturned.

It mattered little, because the wickets kept tumbling.

Hazlewood and Lyon shared a final-wicket stand of 29 runs – embarrassingly for Australia it was their highest partnership – but failed to deny South Africa a bonus point.

The match was played on the same slow-and-low surface that the West Indies were spun out for just 116 on, two days earlier.

South African tweakers Shamsi, Aaron Phangiso and Imran Tahir were all lively and among the wickets but it was pacemen Kagiso Rabada and Wayne Parnell who steamrolled Australia’s top order.

Warner and Smith were both trapped lbw by Parnell, with the skipper unsuccessfully reviewing his dismissal.

The Caribbean tri-series now shifts to St Kitts, with all three sides having banked one win from the opening round of matches in Guyana.