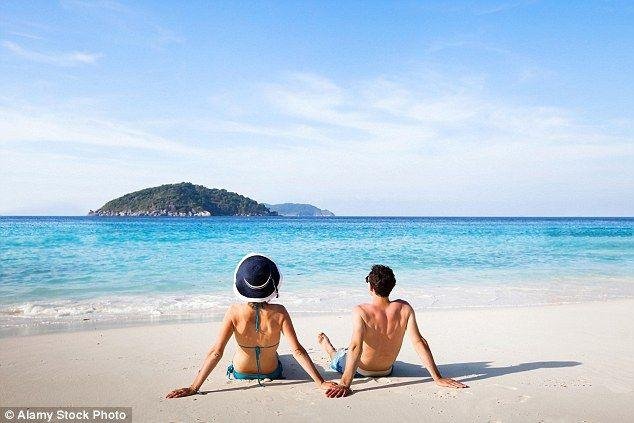 Men prefer women who are far more intelligent than themselves – but only in long distance relationships, researchers have found.

They say that in ‘live’ interactions, men were generally less attracted to women who were smarter.

Researchers say it sheds new light on why opposites attract – but only sometimes.

‘We found that men preferred women who are smarter than them in psychologically distant situations,’ said Lora Park, associate professor in the UB Department of Psychology and the study’s principal investigator.

‘Men rely on their ideal preferences when a woman is hypothetical or imagined.

‘But in live interaction, men distanced themselves and were less attracted to a woman who outperformed them in intelligence.’

The new study by a University at Buffalo-led research team published in the latest edition of the journal Personality and Social Psychology Bulletin concluded psychological distance — whether someone is construed as being near or far in relation to the self — plays a key role in determining attraction.

‘It’s the distinction between the abstract and the immediate,’ says Park.

‘There is a disconnect between what people appear to like in the abstract when someone is unknown and when that same person is with them in some immediate social context.’

Even though the research focus of the current study was on romantic attraction and, specifically, men’s interest in women, Park says the result might potentially be a broader phenomenon, extending to other interpersonal situations.

‘That’s a question for future research,’ she said.

‘But presumably, anyone who is outperformed by someone close to them might feel threatened themselves.

‘We just happened to look at men in a romantic dating context.’

The studies ranged from presenting subjects with hypothetical women, to women they expected to meet, to actually engaging in an interpersonal interaction.

But the area of performance has to be something important to the individual.

‘If you don’t care about the domain, you might not be threatened.

‘Yet, if you care a lot about the domain, then you might prefer that quality in somebody who is distant, then feel threatened when that person gets close to you.’