May India be free from rape: Amitabh Bachchan pledges on Independence Day 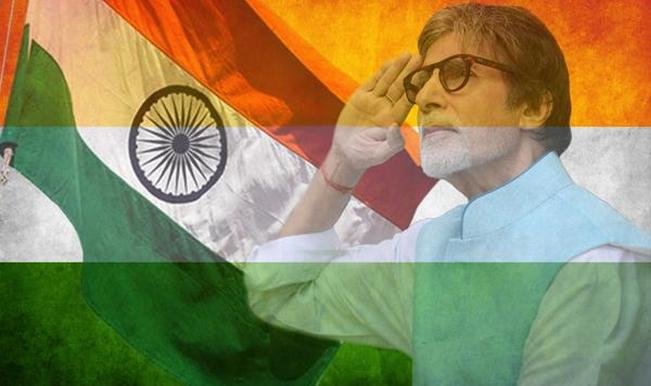 Megastar Amitabh Bachchan says this Independence Day, citizens of the country should pledge India be freed from rape. The 73-year-old Te3n star shared his views on Twitter and posted a still from his upcoming thriller Pink, which is about three women, who possibly get sexually assaulted.

“A woman’s body is not a democracy, it’s a dictatorship, and its about time the dictator took charge,” read the message.

In 2016 the actor will be seen in two films. TE3N where he stars alongside Nawazuddin Siddiqui and Vidya Balan and Pink, directed by Anirrudha Roy Chowdhury also starring Taapsee Pannu.

The trailer of Pink released recently and it spoke of a rape incident and the various tensions and questions women face despite being a victim of the situation.

He said it is a process that “always happens”. “We deliver… The audience collects… And then…” Surprised by some of the comments and messages that have come his way for the Pink trailer, he added: “What is ‘Pink’ is now almost known… But what is the film is unknown and that will be disclosed on September 16. Directed by Aniruddha Roy Chowdhury, the Shoojit Sircar production has intrigued audiences with its trailer, which is laced with compelling performances. The movie also features Taapsee Pannu, Kirti Kulhari and Andrea Tariang.