The Rise And Fall Of An Indian-Origin Silicon Valley Mogul 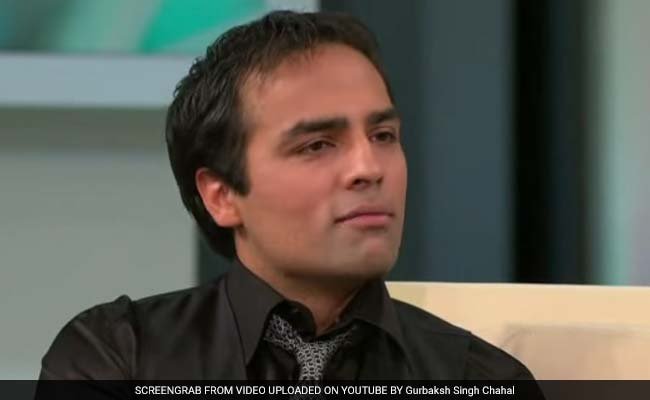 There was a time when Gurbaksh Chahal’s story was depicted as a true rags-to-riches tale – one that started in the projects in San Jose, Calif., where a young Indian immigrant was bullied for standing out.

He eventually gained recognition, respect and considerable wealth, making his first fortune – and then his second – as a tech entrepreneur, the personification of self-made Silicon Valley success.

As an ascendant multimillionaire mogul, Chahal found himself at the center of the “tech bro” culture – wearing fancy ties and ripped jeans to work, spending lavishly on luxury sports cars and penthouse apartments, and talking openly about his search for the right woman.

He was the star of a story even Oprah couldn’t resist.

But these days, the story of Gurbaksh Chahal is told in a much different way.

Chahal was accused in 2013 of punching and kicking his then-girlfriend 117 times and attempting to smother her with a pillow.

Charged with 47 felony counts of assault and domestic violence, he pleaded down to two misdemeanors and accepted his probation sentence in anger, saying he had been “cornered” into accepting the plea deal.

Chahal, 34, is now headed back to court: He is set to be sentenced Friday in San Francisco for violating his probation – after he was accused of attacking a second girlfriend in 2014.

At the heart of his case is a personal surveillance video that captured the vicious attack in his first domestic abuse case. Police seized it without a warrant and the evidence was deemed inadmissible in court.

Last month, though, San Francisco Superior Court Judge Tracie Brown ruled that the video evidence could be used after all, to determine whether Chahal violated the terms of his probation with a second episode of domestic violence, according to the San Francisco Chronicle.

“I think it’s very important you find that video admissible, and you should watch it,” San Francisco Assistant District Attorney O’Bryan Kenney told the judge, according to the newspaper. “In the very room, in the very bed where he did it before . . . the pattern here is unmistakable.”

Now Chahal could face up to two years in county jail. His attorney, James Lassart, did not respond to requests for comment.

‘I used that negative noise as energy’

When Chahal, or “G,” was young, his family immigrated from Punjab, India. His siblings, his parents and his grandmother snuggled into a one-bedroom apartment in San Jose, he told Oprah Winfrey in 2008.
He wore a turban to class, he said, and was verbally and physically abused by his peers.

He said he never fit in.

Eventually, though, he didn’t mind standing out.

“I think as a child, everybody goes through a phase where you just want to fit in and you just kind of want to just be like, ‘OK, how do I just go ahead and just eliminate the noise and just kind of go on with my life?'” he told Oprah. “And the way I looked at it was, ‘OK, I’m different and I’m willing to accept that,’ and, because of the fact, it really matured me, in a way, where I used that negative noise as energy in a way to go ahead and find out what my true passion was, what my strengths were and really figure life out at an early age.”

At 16, Chahal dropped out of high school and founded an Internet advertising start-up called ClickAgents. He grew it and then sold it for $40 million.

Several years later, he did it again with a company called Blue Lithium, which he sold to Yahoo for $300 million, according to his LinkedIn page.

Suddenly, Chahal was a 25-year-old business executive worth hundreds of millions of dollars.

He said he bought cars for his parents and paid their mortgage. Then he splurged on himself.

But the money never went to his head, he insisted.
“To me, money was just a number,” he later told Foundr, an Australian digital magazine.

Nevertheless, he had earned it, along with something else: Recognition.

Chahal wrote a memoir called “The Dream” and sat on Oprah’s couch.
He met President Barack Obama – more than once.

And he became a bit of Silicon Valley celebrity, named one of “America’s Most Eligible” bachelors.

But by all appearances, Chahal remained close to the people who helped him get there, posting family photos on Father’s Day and his parents’ wedding anniversary and writing a tribute to his grandmother when she died.

“I can say 100 percent, without a doubt, if she wasn’t my grandmother – I wouldn’t be where I am today,” Chahal once wrote on Facebook. “There isn’t a day that goes by where I don’t miss her. She helped me during the tough times and gave me that ammunition I needed to go on for another day.”

‘There were overblown allegations against me’
His home was 37 floors up, in a high-rise in the heart of San Francisco. The wallpaper in his bedroom was imported from the Hard Rock Hotel, and his bed had a golden “G” adorning the headboard.
It was in that $12 million penthouse on a Monday in August 2013 where Chahal repeatedly struck his girlfriend in the head, covered her mouth with his hands and threatened to kill her, according to court records.

A video camera in his bedroom captured the scene, police said.

It became a frustrating case for the prosecution, which had evidence it could not use and a victim who would not talk. It was said that Chahal had paid the woman as much as $4 million, at least in part, to “be quiet,” according to a civil lawsuit filed last year by a former employee who sued Chahal for wrongful termination.

Chahal was offered a plea deal for two misdemeanor charges related to domestic violence, and he took it. He was sentenced to a $500 fine, community service, domestic violence courses and three years of probation, according to reports.

Experts say that indeed money can buy better legal resources, but also that more than 90 percent of criminal cases end in plea bargains.

After sentencing, Chahal – who had maintained his innocence all along – spoke out on social media, saying the allegations were “overblown.”

“Rather than continuing a political witch hunt for another year attempting to fully clear my name . . . I got cornered to accept a misdemeanor plea with a $500 fine to resolve the matter and move on with my life,” he wrote on Twitter at the time, according to Business Insider. (The tweets were later deleted.)

“For the last 10 months there were overblown allegations against me because of my alleged high-profile status,” he reportedly wrote.
“Is the internet this stupid to read one side of the story by tabloids vs. the actual truth? Grow up people before u judge false allegations.”

Amid a firestorm over the domestic violence allegations, Chahal was ousted in 2014 by his own board of trustees at RadiumOne, his third start-up.

“I was going through hell, both professionally and personally,” Chahal wrote in an open letter to the trustees, according to CNN Money. “I thought I could count on your support as a board, as executives, and as a team and you abandoned me when I most needed your support. And what did I do to deserve this, when all I’ve ever done is to put the interests of you and the Company ahead of my own?”

By that fall, Chahal was running a competing company called Gravity4 and dating a Korean woman who he claimed was involved in a “green card” marriage with another man to help her stay in the United States.

Yousef Khraibut, a former friend and Gravity4 employee, claimed in his lawsuit that Chahal had threatened to have his new girlfriend deported “if she ever crossed him.”

Khraibut painted Chahal as “brogrammer” who subsisted on “a toxic cocktail of prescription drugs, party drugs, alcohol and sycophants,” referred to woman as “b—-” and “h–” when texting male colleagues, and called himself the “Indian Brad Pitt,” according to the lawsuit.

When Chahal’s penthouse was relisted earlier this year with “a huge price cut” (just under $8 million), the San Francisco Chronicle referred to the property’s owner as “one of the Silicon Valley’s most condemned tech entrepreneurs.”

“Chahal, meanwhile, called Khraibut to come up to the apartment after the incident,” Khraibut claimed in the court documents.

“Chahal instructed Khraibut to tell the police that Khraibut had been in the condominium during the alleged incident, and corroborate Chahal’s story.”

The allegation? That Chahal’s bodyguard had removed the woman from Chahal’s bedroom after the two argued about condoms, according to the lawsuit.

During legal proceedings, the woman went back to South Korea, according to reports.

Prosecutors blamed Chahal and his bodyguard for threatening her and scaring her away; Chahal’s attorney said she was running from U.S. immigration authorities, according to the Chronicle.

“It’s our theory she’s not here because she’s committed federal fraud,” Lassart told the judge in May, according to the newspaper.

The judge allowed the woman’s 911 call and statements to medical personnel to be used as evidence. Then, in July, she ruled that a preponderance of the evidence showed Chahal had violated his probation, according to the Chronicle.

In the interview with Foundr last year, Chahal was asked about his “lowest moment.”

“I would say there’s no such thing as a lowest moment, mainly because there’s many moments,” he said, referring to his early days in America.

He added: “One of the things I realize is success and anonymity are something that are probably the most priceless things you can have because the more successful you are, and you lose that anonymity, it becomes harder to be successful.

“So some of your low points don’t come from something you necessarily do; they come from the exterior parts of the world that actually wants to bring you down.”