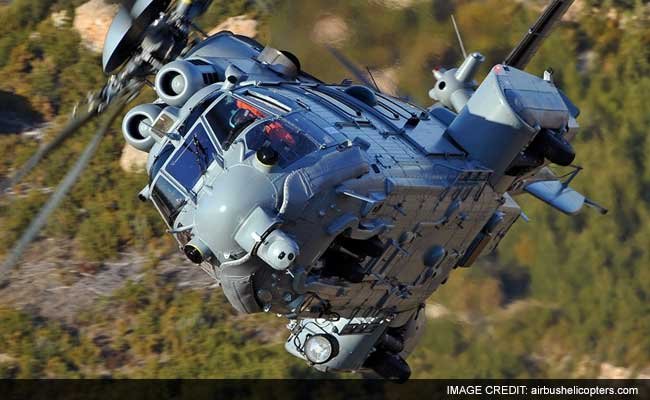 The pact between Mahindra and Airbus Helicopters to set up a joint venture and manufacture the choppers was among 16 agreements signed between India and France on the first day of French President Francois Hollande’s three-day visit to India.

The deal, seen as a boost for the ‘Make In India’ programme led by Prime Minister Narendra Modi who received Mr Hollande in Chandigarh, was signed as the two leaders chaired a CEO’s forum and a business summit today.

“We have made significant progress in setting up the joint venture and together the companies are creating a world-class advanced helicopter production facility in India,” Mahindra and Mahindra said in statement.

“Through this partnership, we target building several of our globally leading helicopter models in India. This will lead to the transfer of state-of-the-art technologies, development of manufacturing activities and creation of high-skilled jobs in India,” said Airbus Helicopters CEO Guillaume Faury.

The formation of the joint venture will be subject to customary regulatory approvals.

Three memorandums of understanding under the Modi government’s ‘Smart City’ programme for urban development projects in Chandigarh, Nagpur and Puducherry were also signed along with deals in sectors like transport, water and waste treatment and solar energy.

The deals came as Prime Minister Modi strongly assured India’s controversial retrospective taxation programme is a thing of the past, addressing concerns of a large delegation of CEOs accompanying President Hollande who will be the chief guest this Republic Day on Tuesday.