Don’t worry, be happy: Stress, anxiety could lead to dementia 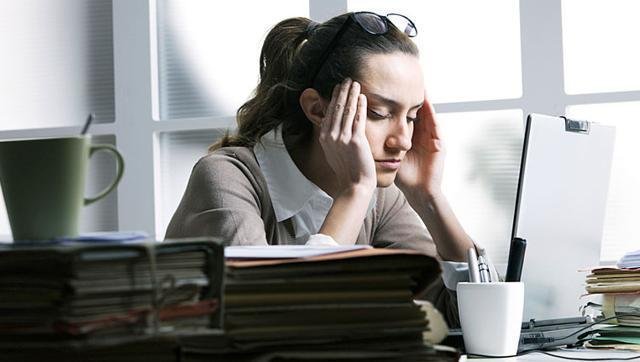 Here’s something so that you start taking stress more seriously. People who suffer from chronic stress and anxiety may be at an increased risk for developing depression and even dementia, says a new study suggests.

Experiencing anxiety, fear and stress is considered a normal part of life when it is occasional and temporary, such as feeling anxious and stressed before an exam or a job interview.

However, when those acute emotional reactions become more frequent or chronic, they can significantly interfere with daily living activities such as work, school and relationships, according to researchers at Rotman Research Institute at Baycrest Health Sciences in Canada.

Chronic stress is a pathological state that is caused by prolonged activation of the normal acute physiological stress response, which can wreak havoc on immune, metabolic and cardiovascular systems, and lead to atrophy of the brain’s hippocampus –crucial for long-term memory and spatial navigation.

They looked specifically at key structures in the neurocircuitry of fear and anxiety (amygdala, medial prefrontal cortex, hippocampus) which are impacted during exposure to chronic stress.

The researchers noted similar patterns of abnormal brain activity with fear/anxiety and chronic stress — specifically an overactive amygdala (associated with emotional responses) and an under-active PFC (thinking areas of the brain that help regulate emotional responses through cognitive appraisal).

The findings showed that there is ‘extensive overlap’ of the brain’s neurocircuitry in all three conditions, which may explain the link between chronic stress and the development of neuropsychiatric disorders, including depression and Alzheimer’s disease, researchers said.

“Pathological anxiety and chronic stress are associated with structural degeneration and impaired functioning of the hippocampus and the prefrontal cortex (PFC), which may account for the increased risk of developing neuropsychiatric disorders, including depression and dementia,” said Linda Mah from Baycrest’s Rotman Research Institute.

“Anti-depressant treatment and physical activity have both been found to increase hippocampal neurogenesis,” she said. The findings were published in the American Journal of Geriatric Psychiatry.