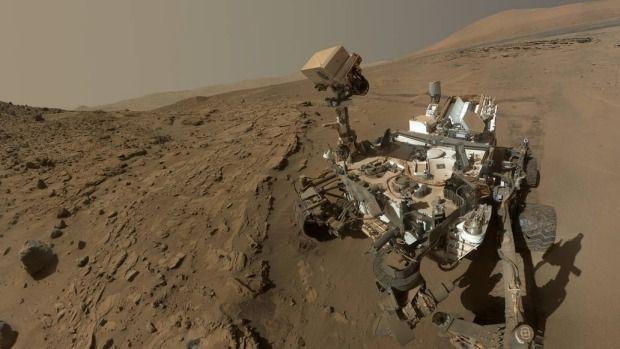 London: Humans will be living and working on Mars in colonies independent of Earth by the 2030s, claims NASA.

The US space organisation yesterday has released its plan for establishing permanent settlements on the Red Planet, setting out in detail how it aims to create “deep-space habitation facilities” to act as stepping stones to Mars.

n the report released on Friday, entitled Journey to Mars, NASA said the mission was a “historic pioneering endeavour” similar to the settlers in America and the Moon landing.

“Like the Apollo program, we embark on this journey for all humanity,” the report states. “Unlike Apollo, we will be going to stay.

“Efforts made today and in the next decade will lay the foundation for an Earth independent, sustained presence in deep space. Living and working in space require accepting risk and the journey is worth the risk.”

NASA has divided the challenge of getting to Mars into three stages; Earth reliant, proving ground and Earth independent. The space agency is gathering information from experiments aboard the International Space Station, so that crews can live in deep space without health problems from radiation and the effects of micro-gravity.

The first experiments away from the ISS will take place in the area of space around the Moon, before missions begin venturing further afield. In the final step human missions will be sent into Mars’s orbit or one of its moons, before crews land on the Martian surface and set up colonies using modular architecture and 3D printing.

NASA says it is designing “powerful transportation” system which will involve solar electric propulsion. Mars scientists will be following closely the upcoming Asteroid Redirect Mission, which seeks to use solar propulsion to bring an asteroid into lunar orbit where it can be studied.

Probes and robotic rovers such as Curiosity have been on or around Mars for 40 years and NASA will continue to send new landers to gather information about the planet. Recent discoveries have shown that salt water which could sustain life is likely to be flowing on Mars. The remains of ancient lakes and river beds are also present.

Scientists drilling into the rocky surface of Mars using tools aboard the Curiosity rover have found the clearest evidence yet that river systems, watery deltas and large lakes once existed inside ancient craters there.

It may have been millions of years ago, but the Red Planet’s climate was once wet enough and persisted long enough for Martian life to sustain itself for countless millennia, the NASA scientists said in a new report on the activities of the Mars rover.

The six-wheeled science laboratory that landed on the planet more than three years ago is equipped with all manner of sophisticated instruments and tools to drill into rocks, analyse the soil, test the atmosphere, scan the landscape and relay the findings back to Curiosity’s mission control centre at NASA’s Jet Propulsion Laboratory in Pasadena.

Curiosity has now trundled across nearly  11 kilometres of the Martian surface — while drilling eight separate holes to collect samples along the way. Scientists in labs around the world have dissected every detail of the drill sampling effort and every instrument reading to find the evidence they have been seeking ever since exploration of the surface began with the immobile Viking landers nearly 40 years ago.

In their new report published Friday in the journal Science, 47 scientists combined their findings to conclude that “individual lakes were stable on the surface of Mars” intermittently for “thousands to millions of years”.

Some of those “lakes,” as the scientists termed them, could actually have been as big as small oceans, thereby “implying greater availability of water on a global basis and enhanced potential for global habitability,” they said.

Steps to Mars:  How colonies will be set up