Leave Australia if our values are ‘unpalatable’, says PM Turnbull 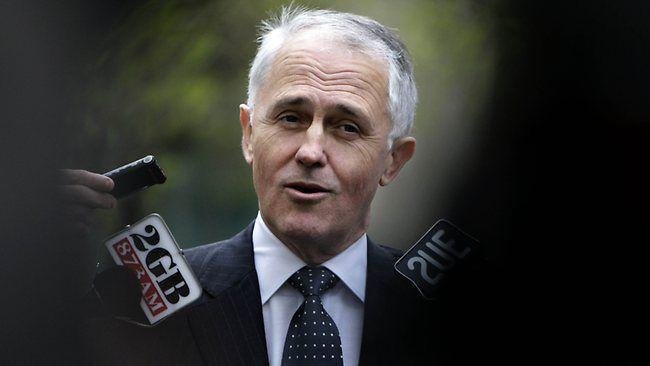 MALCOLM Turnbull says anyone who cannot abide by the core Australian value of mutual respect should leave the country.

In a passionate speech in the wake of a terror attack in Sydney in which a 15-year-old shot dead a police worker, the Prime Minister said violent extremism needed to be tackled head on.

He said those who could not practice harmony should leave the country.

“It is not compulsory to live in Australia. If you find Australian values, you know, unpalatable, then there’s a big wide world out there and people have got freedom of movement,” Mr Turnbull said.

The Prime Minister made the remarks as he announced Australia’s top security officials would meet in Canberra next week to discuss how best to tackle the increasing emergence of violent extremism.

“Later next week I’ve asked for the agency heads working on countering violent extremism from all Australian Governments to join our director of counterterrorism to discuss at an official level what more we should do and what we need to do better,” he said.

Mr Turnbull said the Muslim community was “our absolutely necessary partner in the battle against violent extremism”.

“Every single one of us who wants Australia to be successful, who wants our great nation to prosper further in the future, who wants us to be safer in the future … we have to ask ourselves: are we teaching our young people both by word and by deed the values of mutual respect? Because if we are not, then we are not doing enough for Australia.”

Mr Turnbull said he had spoken with UK Prime Minister David Cameron last night who was battling very similar issues as Australia was and sought his advice.

The British PM passed on his condolences to the family of Curtis Cheng who was shot by 15-year-old Farhad Jabar Khalil Mohammad.

Mr Turnbull said he was “committed” to making sure he was doing all he could to disrupt the activities of those who were trying to undermine Australian society.

“I am committed to ensuring that everything I say and do will make the work of those who keep us safe easier,” he said, brushing off suggestions that his predecessor Tony Abbott was part of the problem.

“It’s not easy at all, it’s hard, but make it less difficult. I want to make sure that everything I do helps take us to the solution, doesn’t worsen the problem.”