LG may have made the mother of all credit, debit cards 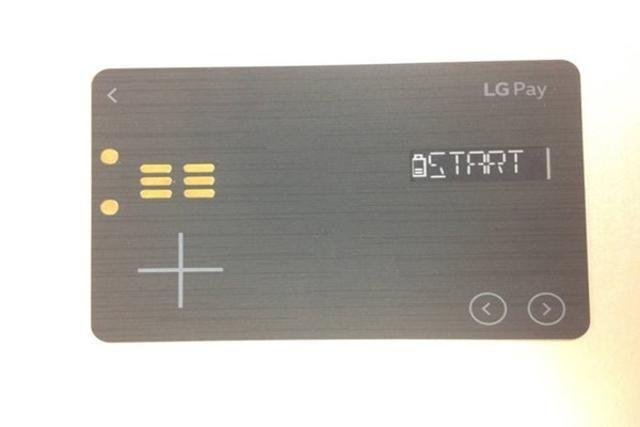 LG has been working on a new payment technology, called LG Pay ‘White Card’, that will replace all debit and credit cards.

Although the company has been working really hard to keep the project under wraps, the White Card made its way to the media and pictures of it show that it looks like a normal credit card and there is no difference in thickness as well.

According to a report in ETNews , LG Electronics has designed it in such a way that not only can one make a payment at a normal retail store but also he or she can also withdraw money from any ATM using the card.

This can only be seen as LG Electronics’ strategy to induce elder people who are not familiar with smartphone payments and introduce group of people that tend to spend more money than others.

The report says that customers can select which credit card they want through a separate liquid crystal display on the White Card which is also a chargeable device with the port on the left side of the card. LG will sell the charger along with the card once it makes it to the market.

When the card is turned on, it says ‘Start’ and the user can choose the card depending on the benefits in a particular store. The White Card can also save points and can also be locked using the ‘Lock’ function on the card.

According to IT, finance, and distribution industries, LG had recently pre-ordered about 50,000 White Cards for White Card’s release. It is currently discussing with a South Korean Smart Card business about mass-production of White Card. The company is currently testing payments with other companies for payment linkages.

LG, which has already garnered partners like Shinhan Card, KB Card and Lotte Card and are en route to close deals with Hyundai Card and BC Card, will announce the product at the Mobile World Congress in Barcelona next month.

Samsung and Apple are currently LG’s rivals but the company believes it’s model is much better than the competition. “Unlike Samsung Pay, card companies can manage everything on LG Pay since transactions do not go through LG Electronics’ server and it is a platform that has many advantages for finance companies.” said a representative for one of LG Pay’s partner adding that by the end of next month all card companies will join LG Pay.