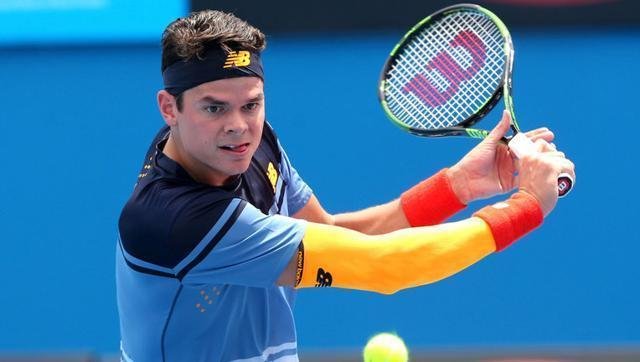 Seventh-seeded Kerber’s three-set win on Saturday, which prevented Williams from securing her 22nd major title, is expected to result in the German player moving to No. 2 on the WTA Tour.

The rankings, expected to be released Monday, should show Williams at No. 1, Kerber at No. 2 and Simona Halep, who lost in the first round at Melbourne Park, dropping one spot to No. 3.

Agnieszka Radwanska, who lost to Williams in the semifinals, remains at No. 4, while Garbine Muguruza drops two places to fifth.

Safarova did not play in Melbourne due to a bacterial infection.

On the men’s side, Raonic, the 25-year-old Canadian who lost in the semifinals to Andy Murray, was expected to be biggest mover among the top 15 on the ATP Tour, improving three places to No. 11.

It was Raonic’s second major semifinal after losing to Roger Federer in the final four at Wimbledon in 2014.

Quarterfinalist David Ferrer moved to sixth place in a straight switch with Tomas Berdych, who slips down to eighth.

The top five remained unchanged. Six-time champion Novak Djokovic and five-time losing finalist Murray would have remained 1-2 regardless of the result of their Sunday night final, which Djokovic won in straight sets.

Federer, who lost to Djokovic in the semifinals, remains at No. 3, Stan Wawrinka at 4 and Rafael Nadal, a first-round loser to Fernando Verdasco in Melbourne, rounds out the top 5.

Following Ferrer is Japan’s Kei Nishikori, unchanged at 7 after losing to Djokovic in the quarterfinals.

Jo-Wilfried Tsonga moves to No. 9, replacing fellow Frenchman Richard Gasquet, who drops to 10. Following Raonic is No. 12 John Isner of the United States.