Yuvraj gets World T20 final monkey off his back 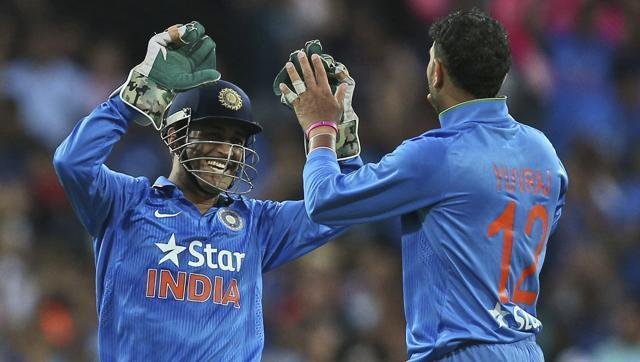 By the time the India team arrived for practice on the eve of the second T20 game in Melbourne, Yuvraj Singh had been at the nets for an hour-and-half with batting coach Sanjay Bangar.

Back in the team after two years, Yuvraj knew it wouldn’t be easy, and wanted to be prepared.

As luck would have it, his chance to bat came in the final stages of the third T20 here with the game on line. With India looking to chase a mammoth 198, there was no time to get his eye in.

The way he started, struggling to put bat to ball, it seemed like an extension of his last outing at the 2014 World T20 in Dhaka, where he was portrayed the villain. Just five runs came off the penultimate over with Yuvraj facing five deliveries, leaving 17 to get in the final over.

The odds were against him, but the one-time lynchpin of India’s batting turned the clock back to carve out a four and six off the first two balls. Suresh Raina finished off the chase and helped India complete a stunning 3-0 sweep.

The icing was India climbing to No 1 in the ICC’s T20 chart, a massive boost ahead of the World Cup at home.

Yuvraj also solved the last bit of the puzzle in the India batting line-up as they look to find the best combination for the big show. Even though he got just 15 off 12 balls, the situation in which he got them, he should form the lower-middle order with Raina and MS Dhoni.

The Australians would agree that it makes the India line- even more intimidating.

Like in the earlier games, it was Rohit Sharma and Virat Kohli who set up the win, with solid support from Shikhar Dhawan. When stand-in captain Shane Watson powered Australia to 197 with an unbeaten 124, he must have fancied his chances. But the India juggernaut rolled on.