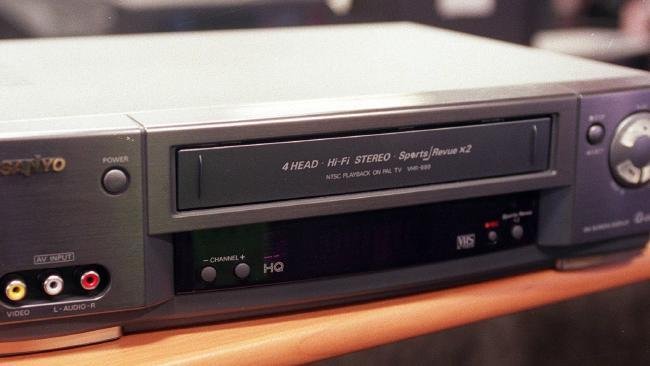 GROWING up in the 90s meant you would have been well acquainted with the video cassette recorder.

While you might have thought the VCR was a thing of the past, it actually turns out a Japanese manufacturer Funai Electric is still making the retro tech product.

Well, at least it will be until it closes down its production lines in August.

According to Japanese newspaper Nikkei, the company will give up on the format after 30 years of production.

Not surprisingly, Funai Electric blames a decline in sales — so many lols — for having to cease production.

It also attributes difficulty in obtaining the necessary parts as part of the demise of the VCR.

Following the unsuccessful launch of its own CVC format in 1980, Funai Electric began production of VCRs in 1983.

The company sold as many as 15 million VCRs annually at the peak of its production efforts, operating under the more familiar Sanyo brand in China and North America.
Ever resilient, the VCR company outlasted chief rival Betamax players, which were discontinued back in 2002.

Surprisingly, Funai Electric sold 750,000 VCR units last year — a fall from its peak, but still impressive given we’re talking about the sales of VCRs in 2015.
While most people are jumping on board the streaming revolution, some classic VCR tapes are fetching a mint online.