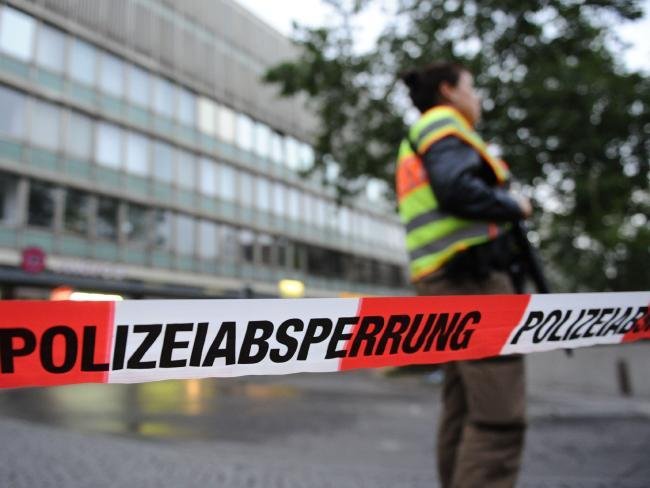 The Australian government has raised the travel warning for the German city of Munich after a shooting attack at a shopping mall killed at least nine people.

The advice level for Germany remains normal, but Australians have been told to exercise a high degree of caution in Munich and pay close attention to their personal safety.

Travellers have been advised to follow advice from local authorities and avoid public places in the Bavarian city.

A Department of Foreign Affairs and Trade spokesman says Australian officials in Germany are making urgent inquiries into whether any Aussies have been victims of the attack.

AT LEAST nine people are dead after gunmen opened fire at a shopping mall in Munich.

In what German police say “looks like a terrorist attack”, up to three shooters attacked shoppers near a McDonald’s restaurant in the city’s north on Friday night.

Munich newspaper TZ is reporting one of the gunmen may be among the dead, while a manhunt is underway for two other men as authorities declare a state of emergency in the city. At least ten people were injured in the attack, which took place at about 6pm local time (2am AEST).

“We have received information that is as yet unconfirmed that one of the perpetrators is dead. The area around the body has been closed off because it is not clear if the person has explosives on him,” the newspaper said on its website.

Police reported a ninth body had been found in the shopping centre carpark, and were investigating whether it was one of the attackers.

Other media reported that one of the gunmen had shot himself in the head and died, but this is yet to be confirmed.

Munich police, who called the attack a “confusing situation” involving “suspected terrorism,” were still hunting for up to three possible shooters armed with rifles.

While a motive for the attack has not been confirmed, reports have emerged that the gunmen may have been right-wing extremists rather than Islamists.

Local media examined a video believed to have been filmed at the scene of the attack, which comes exactly five years after white supremacist mass killer Anders Breivik murdered 77 people in Norway.

In the video, a man carrying a rifle can be heard shouting racist obscenities up to people filming him from a balcony.

“I was born here! … I am German,” the shooter can be heard saying.

“I looked in his direction and he shot two people on the stairs,” Mr Zequiri said.

He said he hid in a shop, then ran outside when the coast was clear and saw bodies of the dead and wounded on the ground.

The city of 1.4 million people is in lockdown, with all trains, trams, buses and subways shut down as police urge residents to stay indoors.

Hospitals have called in extra staff to prepare for the possibility of large numbers of wounded.

Facebook has created a safety check for the Munich shooting, while social media users are offering safe spaces to local residents using the hashtag #offentür.

Police have set up a hotline for people who are missing relatives and are sending out tweets with safety suggestions in four languages — German, English, French, Turkish. All hotels have been instructed to close and taxis not to pick up customers.

“At the moment no culprit has been arrested,” Munich police said on social media. “The search is taking place at high speed.”

A security official told The Associated Press that 30 members of the GSG9 special operations unit were landing in Munich “as we speak”.

Police said witnesses reported seeing three different people with guns near the shopping centre in the Moosach district of the Bavarian capital, not far from the Olympic Stadium.

Munich police spokeswoman Claudia Kuenzel told The Associated Press there had been “several dead and wounded” at the shopping centre.

Munich police spokesman Marcus Martins has told media they were aware of reports that a man had killed himself while he was being arrested, but said there was no confirmation of this yet.

Public broadcaster Bayrischer Rundfunk reported that shops in the centre of Munich had closed with customers inside.

German security forces have been on alert after a teenage migrant stabbed and injured five people on a train in Bavaria on Monday in an attack later claimed by Islamic State.

On Monday, a 17-year-old Afghan wounded four people in an axe-and-knife attack on a regional train near the Bavarian city of Wurzburg, and another woman outside as he fled.

All survived, although one man from the train remains in a life-threatening condition. The attacker was shot and killed by police.

The Islamic State group claimed responsibility for the train attack, but authorities have said the teen likely acted alone.

Speaking to reporters, United States President Barack Obama said “our hearts go out to those who have been injured. We are going to pledge any support they might need.”