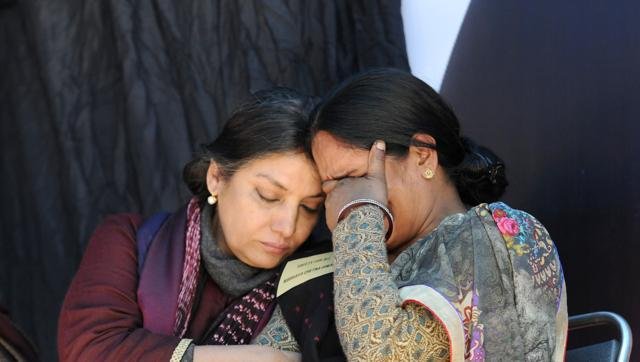 The Delhi high court refused to stay the release of a convict in the infamous Delhi gang rape incident on Friday, allowing him to walk free on December 20.

The convict was sentenced to three years in a special home as he was a juvenile at time of the incident, when six persons brutally raped and murdered a paramedical student in December 16, 2012.

“The maximum stay that can be directed in the special home…is three years and as the (juvenile convict) would be completing the period of three years by December 20, there cannot be any direction to continue his stay (there),” the high court said, amid concerns raised by the government that his mental fitness was not considered in the post-release plan.

The identity of the convict and his parents would be kept secret for their safety. He will be handed over either to his parents or a close guardian.

The parents of the victim reacted sharply to the court verdict, stating that “crime has won and we have lost (Jurm jeet gaya, hum haar gaye)”.

“Despite three years of our efforts, the government and the courts are releasing a criminal. We were assured that justice would be done, but it has not been delivered. We are very disappointed,” they said, adding their three-year-long battle for justice had been in vain.

After his release, the juvenile convict (who is now an adult) is required to be under the constant watch of a child welfare officer or probation officer for two years, and quarterly follow-up reports will have to be submitted to the Juvenile Justice Board (JJB).

“The follow-up report shall clearly state the situation of the juvenile post-restoration, and the juvenile’s needs to be met by the state government in order to reduce further vulnerability of the juvenile,” the high court said.

The JJB was also directed to pass its order on the “post-release rehabilitation and social mainstreaming” of the convict after interacting with him, his parents or guardians, and officials of the department of women and child development.

Earlier, a management committee set up as per the Juvenile Justice Rules had proposed a two-pronged post-release plan that recommended providing the convict with necessary equipment for pursuing a vocation, besides protecting the identity of him and his parents.

The committee, which had submitted its report to the high court, had recommended opening a tailoring shop for the convict as part of the rehabilitation plan. It said the convict “should lead a new life with a new identity provided by the appropriate government as applicable in his case… to avoid any backlash or violent reaction”.

The court’s order came on a plea by BJP leader Subramanian Swamy, which sought an extension of the convict’s stay at the special home.

The petition contented that he “continues to be unreformed and indeed has become radicalised by association with another juvenile convicted for his involvement in the Delhi HC blast case on September 07, 2011, during his stay in the Special Home”.