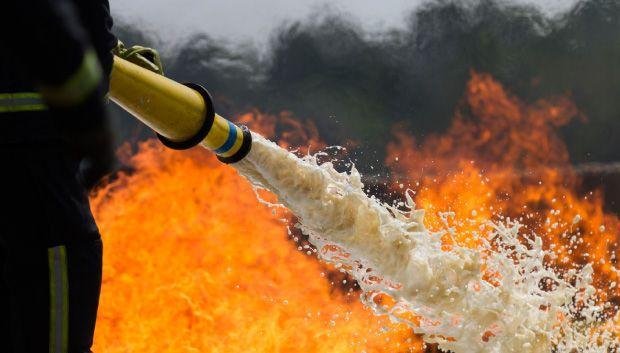 NSW firefighters remain on high alert with the mercury predicted to rise this weekend.

At least 32 fires are burning across the state, with five of those classified as out-of-control.

“The good news is that none of those are posing any threat to properties,” Inspector Ben Shepherd from the NSW Rural Fire Service said on Saturday.

He said firefighters were particularly monitoring a large bushfire near the NSW-ACT border which has been burning since Wednesday night.

Severe weather conditions forecast for Sunday could cause the fire at Mount Clear to spread to areas of NSW between Michelago and Bredbo, he told AAP.

The ACTRFS later said firefighters continued to enforce containment lines for the Mt Clear bushfire which has burnt about 47 hectares.

No total fire bans are in place in NSW on Saturday but there is still a high fire danger.

Mr Shepherd urged people to use the day to make sure their fire plans are in place as temperatures are predicted to soar on Sunday.

“As much as it’s a beautiful weekend, please go out and do your house work before you enjoy the day,” he said.

Total fire bans are likely to be put in place on Sunday and the RFS will provide an update on Saturday afternoon, he said.