It’s your mess, and you love it: Clutter is a sign of creativity 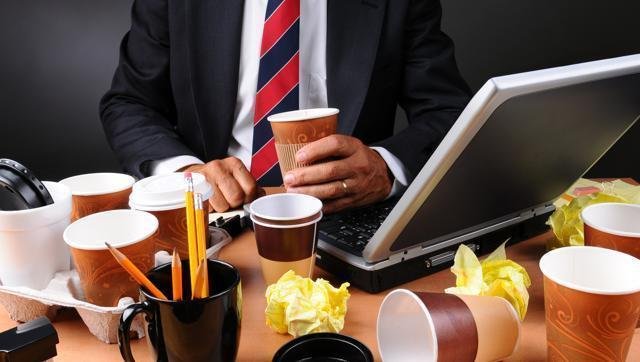 Albert Einstein’s famous quote, “if a cluttered desk is a sign of a cluttered mind, of what, then, is an empty desk a sign?,” is finally making a statement. Being neat has always been considered a positive trait, and a sign of being in control. Now a new University of Minnesota study has revealed that while working on a neat, tidy desk may make a person more likely to eat healthily and be more generous, a messier desk promotes creativity and help give birth to ideas, the Independent reported.

Study leader Kathleen Vohs said that their study, published in the journal Psychological Science, found really valuable outcomes from being in a messy setting. As part of the study, researchers asked participants to complete questionnaires in either a clean or untidy office littered with paper and stationery. Participants were then asked to donate to charity, then to choose between eating an apple or a piece of chocolate on the way out. Scientists found that those who were in the tidy room donated more money and opted for the apple.

However, participants exposed to the messy setting in a separate test and asked to invent new uses for ping-pong balls came up with more creative and interesting ideas, according to impartial judges.

Vohs reasoned that orderly environments “encourage convention and playing it safe,” while people are subconsciously encouraged to think creatively in a messier setting. A similar study using cluttered desks and shop fronts by researchers at the University of Groningen, Germany, made similar conclusions.

And as Eric Abrahamson and David H. Freedman, authors of A Perfect Mess: The Hidden Benefits of Disorder argue: “Mess isn’t necessarily the absence of order. A messy desk can be a highly effective prioritising and accessing system.”